For Cookie's background and previous appearance in the Deadmines, see Cookie.

"Captain" Cookie is an elite murloc, captain of the Defias juggernaut, and the last boss of Deadmines on normal mode. On Heroic mode, there is one more boss after him.

Throw Food. Cookie will throw food items around. Their effect depends on whether they are rotten food items or not.

After Admiral Ripsnarl dies, Cookie will spawn inside the hut. He is heavily shadowed and untargetable. When you get near to him, he will run past you, to the center of the deck and spawn a cooking pot, then jump in it. Cookie will throw food at random people, which will do damage and create food on the floor. There is Rotten food and normal food, the rotten food will emit a damaging aura to nearby players, if eaten it will debuff the player with 30% reduced movement and attack speed, and deal a DoT. The normal food when eaten will give players a stacking buff that increases movement and attack speed, stacking up to 99 times. 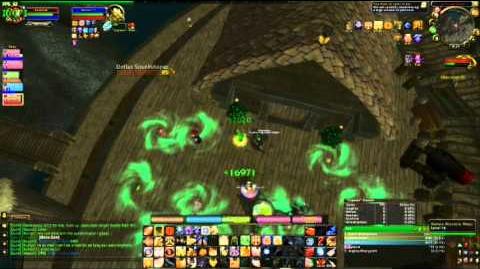 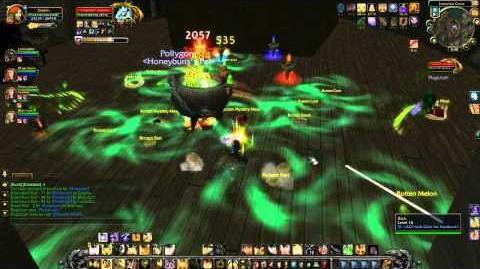