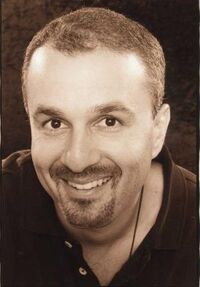 Allen Adham is an Egyptian American businessman, who along with Michael Morhaime and Frank Pearce, was one of three co-founders of Silicon & Synapse, which changed its name to Blizzard Entertainment. He led the creation of Warcraft: Orcs & Humans, among others. He was also lead designer on World of Warcraft during its incubation.[1] As of 2018, he is a senior vice president at Blizzard.[2]

He received his bachelor's degree in 1990 from UCLA.

He left Blizzard shortly after the Vivendi takeover in 2004,[3] but returned around November 2016[1] in the role of executive producer of incubation.[4] In October 2018, he joined new president, J. Allen Brack's executive leadership team.[5]

During his time away from Blizzard he served as managing director at Tenfold Capital Management, LLC, a hedge fund.[6] which shut down when he re-joined Blizzard.