WoWWiki
Register
Don't have an account?
Sign In
in: Articles which are likely to change in Battle for Azeroth, Statements needing citations, Accuracy disputed sections,
and 5 more
English

Archaeology is a secondary profession that was released in the expansion World of Warcraft: Cataclysm.

Upon learning the Archaeology secondary profession the player receives the ability

There are 12 fields of research players can explore, most relating to a race in the game: Draenei, Dwarf, Nerubian, Night Elf, Orc, Tol'vir, Troll, Vrykul, Mogu, Pandaren, Mantid and non-race Fossil.

Using the Survey skill players need to gather Archaeology Fragments of one type (e.g. [Dwarf Archaeology Fragment]) from Archaeology Finds of the same type. Once enough fragments have been accumulated, they can then complete or solve a project in the current stage of this race's research and will receive an item upon doing so.

While Archeology has no specific use as a Profession and is intended for the more casual gamers and players keen on exploring Azeroth, other worlds, and their lore, it grants experience points both for Fragments and completing the Artifacts.

Once Archaeology is trained, you can see digsites on your map (not mini-map). There are always four dig sites per continent and sometimes two dig sites can appear in the same region. These will not change until you dig one out.

You only find sites in zones of your level or lower. A level 25 character will have all 4 sites per continent in level 25 zones. This means that no dig sites will appear for that character in Outland or Northrend until he reaches a minimum level for the zones.

Sites are race specific. You can usually guess the race by the location. Some race locations are only available on some continents. You need both a minimum character level and a minimum archaeology level to use some sites.

Dig sites are player specific. There is no competition for dig sites.

Each digsite can be searched 6 times before it despawns and a new site spawns. To search a digsite, use the [Survey] ability. The Survey tool will spawn and point in the approximate direction of the artifact. The Survey tool spawns beside you on the ground and looks like a telescope on a tripod. Walk in the direction that the telescope is pointing, and use Survey again. Repeat doing this until a lootable object appears.

The telescope points roughly to the artifact, the closer you are, the more accurate the direction. Beside it is a rod with a light on the top. A red light means you are far away(80+ yards away), a yellow light means you are closer(40-80 yards), and a green light means you may be within 40 yards or so. A red light reading also has the worst accuracy - it is usually best to take several readings to determine the direction. When the green light begins blinking, you are usually within just a few steps of the artifact. When you discover your find, you'll get fragments specific to a particular race. Note that any race can hunt any other race's artifacts. You are not limited to just yours.

There are two main strategies to surveying. You can attempt to triangulate by moving around the outer edge of a digsite. Other people orienteer, simply heading off in the direction indicated until they strike paydirt.

When you have picked up your artifact, be sure to Survey again in that exact spot. Sometimes the artifact will spawn again in the same place.

Legion, when a character is very close to an artifact, a glow with a shovel handle will appear above their head. If they use the [Survey] ability, the lootable object should appear nearby.

For each race in archaeology (with the exception of Fossil) keystones exist that can be randomly looted when searching for fragments. When completing an artifact, there may be a space at the bottom of the solve page where one or more keystones can be used to give +12 fragments each to the artifact being completed. Any fragments that go over the amount needed to complete the current artifact will carry over to the next puzzle.

It is worth noting that keystones are not bind-on-pickup, and as such can be sold on the auction house or passed to other characters if you do not need them for your own archaeology. They can also be used at the entrance to Cataclysm dungeons to provide a buff to the entire party, though each dungeon requires a specific runestone for the buff to be activated and it is destroyed in the process.

When you get a new fragment, you'll start a research project. You can only work on one artifact per race at a time. When you have enough fragments, click Solve to complete that artifact. You won't waste excess fragments, they will just start the next project.

Most artifacts are common. These give a bit of lore or flavor text and an item you can sell for a small profit. You'll still have the description in your journal regardless of what you do with the physical item, so it's ok to sell them. You can estimate the value of the artifact by the number of fragments required to finish it.

Some artifacts are rare, requiring many more fragments to complete than common artifacts, and make a blue or purple item. Many of these are toys, or for flavor, but some are actual weapons and armor. Weapons and armor are bound to account, but will not scale like heirlooms do.

(Note for scripts: You must have opened your Completed Artifacts list in order for the script to work as of your current solve statuses) If you want to see how many artifacts you have solved for the individual races, use the following script in a macro

If you want to see how many artifacts you have solved in total, use the following script in a macro

Unlike most professions, proficiencies don't mean that much in that they generally only restrict investigating specific dig sites.

eGrand Master is only available after installing the expansion

Wrath of the Lich King.

Illustrious Grand Master is only available after installing the expansion

Zen Master is only available after installing the expansion

Draenor Master is only available after installing the expansion

Legion Master is only available after installing the expansion

Horde players learn Archaeology from certain NPCs belonging to The Reliquary faction, Alliance players do so at Explorers' League NPCs.

The following are the current levels:

There are 2 ways to level Archaeology:

Picking up the various artifact pieces will grant one skill up. Formerly, this only worked until a skill of 50, but now digging up a piece always grants a skill point. Location does not matter - post-300 skill, digging in Kalimdor and the Eastern Kingdoms will still grant skill-ups.

Archaeology dig sites can be found on all four continents. There are four dig sites on each continent available at any one time. Dig sites are available based on player skill. However, unlike other gathering professions, there is no competition between players. Upon reaching a dig site, players will be able to collect their three finds before the dig site dries up and a new one is made available. Even if other players are searching at the site, the finds are individual to each player. At the site/field use your survey skill (found in your spellbook on the Professions tab). Using this will spawn the Archaeology Tripod that points in the direction of the artifact/fossil you are looking for. It has a little light that will show the distance to said artifact/fossil. A slow, flashing, red light indicates a large distance up to the length of the entire dig site. A faster, blinking, yellow light seems to indicate approximately 100-300 yards, and a rapid, flashing, green light seems to indicate less than 100 yards.

Archaeology was originally intended to allow advancement in the now-scrapped Path of the Titans system, and would have reportedly awarded players with Ancient Glyph slots and recipes. At present, known rewards include various non-combat items as well as the occasional rare​ loot. Players will be able to piece together skeletal fragments to create a skeletal raptor mount. Players can also read ancient runes found in ruins and dungeons to give buffs to themselves and others.[2]

It also contributes to gaining the 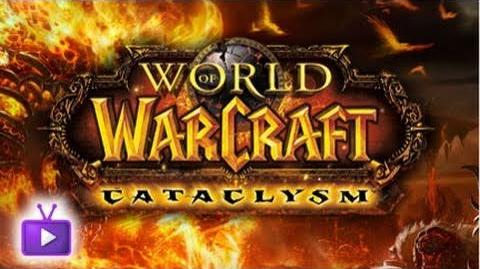 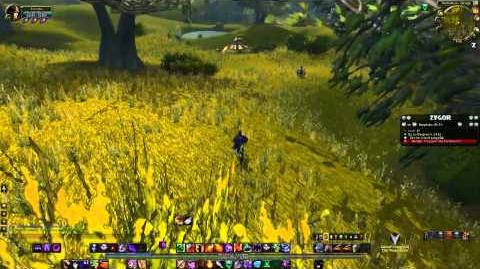 WoWdigs.com A comprehensive WoW archaeology website with pics, guides & maps to all digsites.

Official WoW Site (US) Becoming a Legion Archaeologist: Can You Dig It? Blizzard Entertainment September 29th, 2016

WoW Insider The OverAchiever: How archaeology could get a lot worse (and why we hope it won't) by Allison Robert Jan 5th 2012 at 3:00PM