Archavon the Stone Watcher is a raid boss in the Vault of Archavon, accessible only while a player's faction controls Wintergrasp.

Archavon the Stone Watcher is a quick raid encounter (like Onyxia or Magtheridon). This encounter requires two tanks.

This encounter with Archavon is a DPS race with only a few mechanics to watch out for:

Archavon is on a hard enrage timer (5 minutes) that will boost his damage 8-fold and immediately wipe out the raid if he is not killed quickly enough. Upon initial release this fight was primarily a DPS race, although in current gear one should never encounter the enrage unless something has gone seriously wrong.

On 10-player mode, he drops two items, which can be a hand, leg or chest Tier 7 (10) set piece for any class (the item itself, not the token) or Hateful Gladiator's Season 5 assortments.

As with 10-player, 25-player loot consists of a random selection of four Tier 7 (25) or Deadly Gladiator's Season 5 items; hand, leg, or chest. Additionally, he has a chance to drop

[Reins of the Grand Black War Mammoth] or 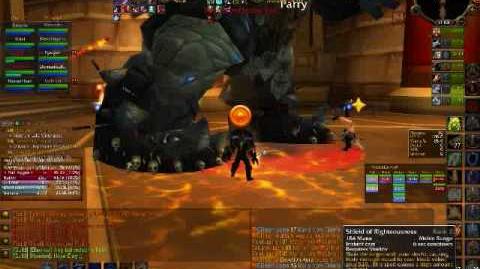 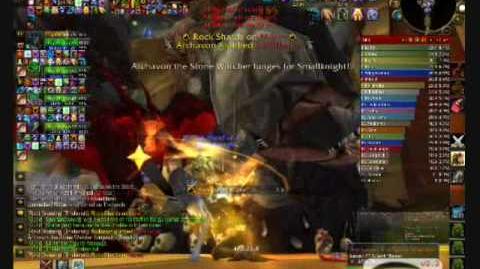 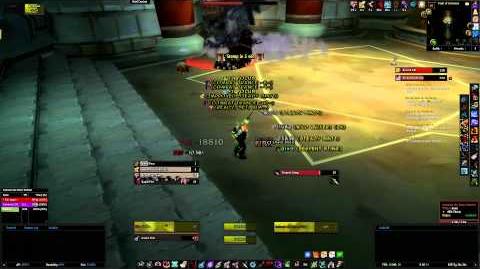