On the purpose of the Argent Tournament itself, Highlord Tirion Fordring makes the following announcement from the stage to the east of the Ring of Champions at the top of every hour:

Five minutes before Tirion speaks:
Herald Beluus yells: Highlord Tirion Fordring approaches the stage to address those gathered upon the tournament grounds! Make way to the stage area to attend him!

Combatants of the Alliance and Horde! You are welcome under the banner of the Argent Crusade.
To the south lies our goal. We will march to the Citadel and cut out the heart of the Scourge where it dwells.
But this is no task to be taken lightly.
A massive attack with every able-bodied man would end in needless slaughter. Every soldier lost would rise as the enemy. Azeroth would be left defenseless against the undead threat.
Instead, we require a small, concentrated strike force for the attack to succeed. For that reason, we have created the Argent Tournament.
Within these walls, you will be tested. Your skill in combat will be matched against the fiercest dangers Northrend has to offer under the watchful eyes of your leaders.
Your prowess, your might, and your cunning will be under close watch. These games will determine the best Azeroth has to offer.
The victors will take their rightful place in the assault upon the Citadel. We will stand together in the face of evil, and Arthas WILL fall!

During patch 3.1.0, participants worked to construct the Crusaders' Coliseum, however the Coliseum itself was completed and released in patch 3.2.0,[1][2] along with the Trial of the Champion 5-player dungeon (available in both normal and heroic modes), as well as the normal mode 10/25-player Trial of the Crusader raid and its heroic version, the Trial of the Grand Crusader.

All rewards use [Champion's Seals] as currency.

Players are eligible to purchase rewards from their racial faction and additional factions with which they have earned the right to champion.

The quest chain starts in the building to the west of the Crusaders' Coliseum. Justicar Mariel Trueheart directs questers to their faction's respective tents on the east side of the keep, where they must undertake a series of tests to join the tournament proper.

Also note that like the fishing and cooking daily quests, the 3 blade quests (A Blade Fit of a Champion, The Edge of Winter, A Worthy Weapon) are not independent daily quests. Having one of them in your log prevents you from accepting the other two, should it be offered that day. In other words, should you not complete one of them on the day you accept it, you will not be able to do either of the other two quests the following day. This means that you should do all three daily quests on the day you accept them if you want to complete "Up To The Challenge" in three days.

and 5x[Valiant's Seal] each day.

Completing these dailies will reward 52

Also available for players not exalted with the Argent Crusade is

[80 Daily] Contributin' To The Cause.

Completing all Champion, Sunreaver/Silver Covenant and Crusader dailies will reward 159

In order to be eligible for these quests, players are required to have earned the title <Crusader>. Several daily quests are offered randomly each day, one from each questgiver:

High Crusader Adelard Offers one of these each day:

Crusader Silverdawn Offers one of these each day:

In order to be eligible for these quests, players are required to have earned the achievement

[A Silver Confidant] or

[The Sunreavers] by being exalted with the Silver Covenant/Sunreavers and being a champion of at least one racial faction. Several daily quests are offered randomly each day, two from

Girana the Blooded and one from

These quests dealt with the construction of the Crusaders' Coliseum and were removed in Patch 3.2.0.

The following achievements are related to the Argent Tournament:

Note: Meta achievements are listed in a separate table at the bottom of this section.

At roughly 10-past, Thrall, Garrosh Hellscream, and a few Kor'kron Elites arrive:

Herald Beluus yells: His Majesty, King Varian Wrynn, and Lady Jaina Proudmoore have touched down upon the tournament grounds! Make way!
Varian, Jaina and their escort appear from inside the Silver Covenant Pavilion and walk west towards the Argent Pavilion. Fordring greets them at the entrance to the Coliseum.
King Varian Wrynn says: Tirion.
Highlord Tirion Fordring says: King Varian, Lady Jaina. Welcome to the tournament. Your place in the coliseum is waiting.
Lady Jaina Proudmoore says: Thank you. It's the least I can do to support this; we need to stand together.
King Varian Wrynn says: You ask much of me, Tirion, to sit and watch, trusting the savages to keep themselves in check.
Highlord Tirion Fordring says: My people are here to ensure they honor the rules of engagement. It will do your subjects well to see you in the stands.
Lady Jaina Proudmoore says: I'm sure Thrall will have his people under control...
King Varian Wrynn says: Perhaps. I doubt the effectiveness of this gambit. We would be better served preparing our armies for the final assault.
King Varian Wrynn says: But if my presence is required in these games to gain your support in the battle, then I will remain. For now.
Highlord Tirion Fordring nods and gestures for his guests to follow.
The group then walks in to the coliseum proper and disappears inside. 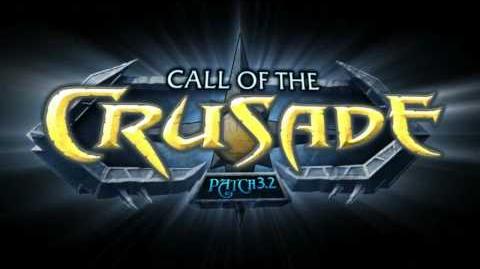 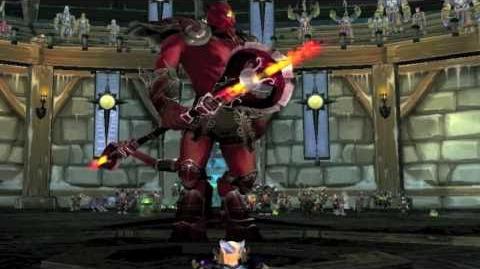 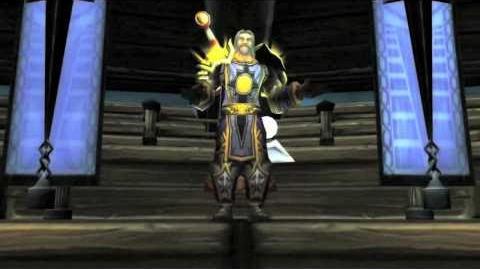 Knights of the Ebon Blade "booth"