Not to be confused with the location, The Assembly of Iron.

The Assembly of Iron

The Assembly of Iron

Stormcaller Brundir. Killing any one of the three will give a soft enrage of +25% damage to the other two and grant them additional abilities (similar to Fathom-Lord Karathress). Killing the second of the trio will grant the last with a final stage apart from their usual abilities which must be dealt with in different tactics.

The hard mode of this fight requires players to kill Steelbreaker last.

Players can choose to kill the trio in any order they wish, though the popular and easiest route is Steelbreaker, then Molgeim, then Brundir. Be warned that when you kill a boss, the remaining bosses will return to full health. This prevents the raid from being able to take down multiple bosses at the same time.

Just like Maulgar, Illidari Council, Karathress, etc. all of these bosses have to be pulled and tanked away from each other in precise positions. Molgeim and Steelbreaker can be tanked in the two front corners of the room, but Brundir must be tanked towards the back for his Overload (30 yards) which will deal a lot of damage to anyone that is not a tank (often times killing them). Note that Brundir's tank can simply eat the Overloads, since the tank should have a dedicated healer, otherwise only doing raid healing. If it is an issue, the tank should move away as well, then move right back to Brundir when the channeled cast is over. Any casters and the tank on Stormcaller Brundir that can interrupt should be interrupting Chain Lightnings whenever possible. The healer assigned to Brundir's tank should be close to Steelbreaker's back when the fight begins, 35+ yards away.

Molgeim will often put a Rune of Power underneath either Steelbreaker or Brundir so they must be pulled out of the rune far enough to where they're no longer benefiting from the buff and melee or ranged players can bunch up in this rune and output higher damage upon the primary target.

Steelbreaker on occasion will deal a Fusion Punch which the tank must call out for focused healing and a magic dispel of the nature debuff that is inflicted from the punch. Use either a Paladin's Cleanse, a Priest's Dispel Magic, or a Warlock can use their Fel Hunter pet and use Devour Magic on the tank. If you are killing Steelbreaker first, melee must bunch up to benefit from Circle of Healing, Chain Heal and Wild Growth used to counter the nature aura damage.

When one of the Iron Council dies, the other two will gain additional abilities. For the most part, they will be tanked in the same general areas but these new abilities will compensate for the dead boss.

Steelbreaker will gain Static Disruption which will cause a random raid member not in melee to take 75% more nature damage for 20 seconds. The whole raid will need to be spread out as this is an aoe and will be extremely irritating to heal through if it hits more than one player.

Molgeim now has a Rune of Death, which will be cast on a random raid member. It is a big, green rune that is impossible to visually miss. Melee and ranged must bunch up and be ready to move in the same general path to avoid confusion, splitting up, and getting out of range of heals.

Brundir will gain Lightning Whirl, which animates like whirlwind and will shoot random lightning bolts at raid members which will deal a large amount of nature damage to random raid members. It can, and should, be interrupted.

When two of the three bosses are dead, the last one will separate into a unique phase different from their usual abilities in the previous phases. Players must be alert during this phase because elements are introduced that will almost instantly wipe the group if they don't coordinate around them.

Blow Bloodlust/Heroism and hit Steelbreaker with an almost impossible amount of DPS to kill him before you run out of tanks due to Meltdown. The DPS and healing requirements of this achievement are extremely high so it is not recommended for most groups.

With good timing a melee dps could taunt from across the room right before the 2nd boss dies to pick up the damage buff and sacrifice himself. Of course should the tank taunt back immediatly after the buff is taken.

this can be repeated, right before the debuff time runs out to 'sacrifice' the next dps.. this increases the time the raid have for the last boss and puts damage buffs on one dps.

Molgeim will open up a Rune of Summoning (purple void zone spawn akin to the voidwalkers in TBC) which will spawn lightning elemental adds which will explode for a high amount of damage to anyone within 30 yards when they reach their aggro target. They spawn one at a time, but up to 8 or 9 adds total will be spawned rapidly. They are tauntable and will race after the random players, but they can be taunted by tanks for an emergency target switch. Improved Blizzard and Earthbind Totem DO work on the lightning elementals. All players should move as far from the zone as possible, dropping AoEs in prep for the add arrivals. All AoE helps, however every effort should be made to avoid meeting the adds in melee. If an add bolts free of the AoE, targeted members should run while ranged helps dps down the loose add. Good communication and proper reaction to the add spawns is essential. Also to note, while not necessarily safe, melee dps can help kill the adds as long as one is not chasing them, although it is preferred to let ranged dps take down the spawns.

Brundir will lift up into the air and gain Lightning Tendrils. Anybody within a 10 yd range of Brundir will get hit by these tendrils for high nature damage; standing near him for more than a couple of seconds will prove fatal if you are not a tank. He is tauntable, but will clear aggro every time he lifts up into the air, and taunting during Lightning Tendrils will not change his target or course. Occasionally he will fall to the ground and melee can move in to attack, but he will lift again without warning and hit them with his tendrils. 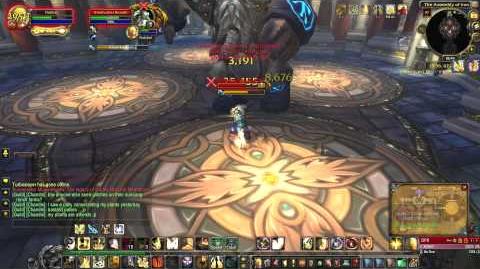 How to Solo The Assembly of Iron Hard Mode MoP 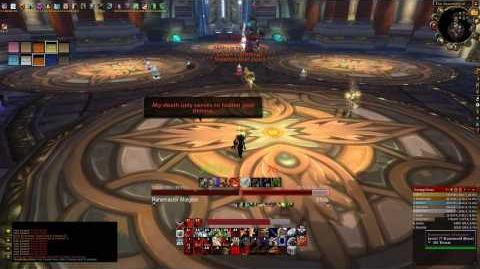 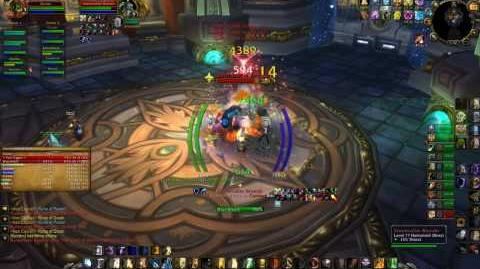 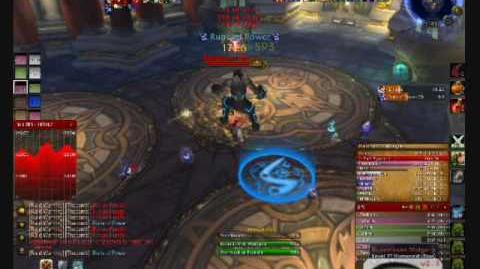 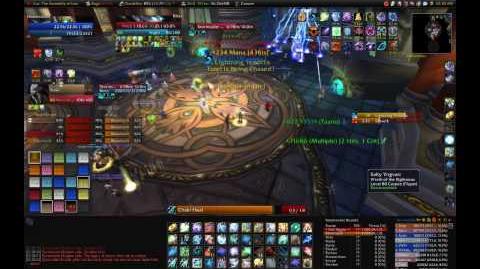 Wrath of the Righteous vs Assembly of Iron 25 HD 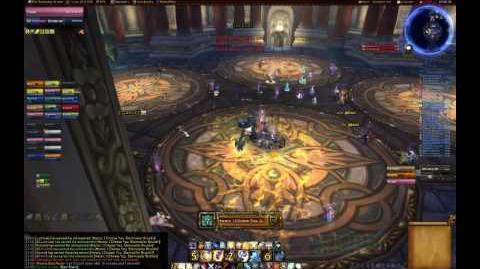 Ulduar Heroic Assembly of Iron by Rise and Fall(Tank PoV) 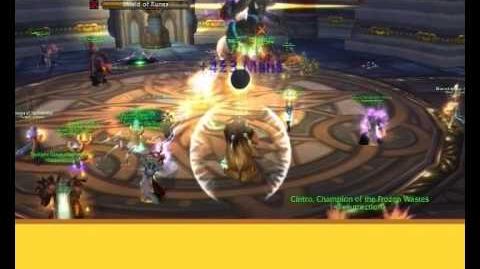 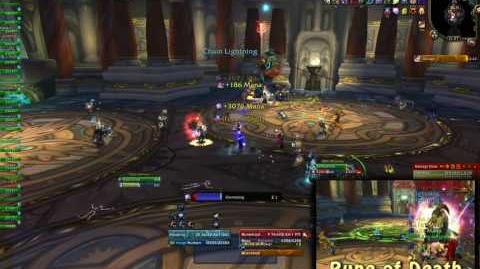