Atiesh was a summoned demon boss encountered in Stratholme as part of the [Atiesh, Greatstaff of the Guardian] quest line. Atiesh was summoned on "consecrated earth" in the Festival Lane, between Elder's Square and King's Square (between the Scarlet and Baron runs, in other words).

The demon appeared to dual wield two [Andonisus, Reaper of Souls]. He would drop one of these swords ONLY if he was disarmed during the encounter which a player could use against him.

Atiesh could be summoned only in Stratholme by using the summoning item Atiesh, Greatstaff of the Guardian.

This encounter was very easy at level 70. 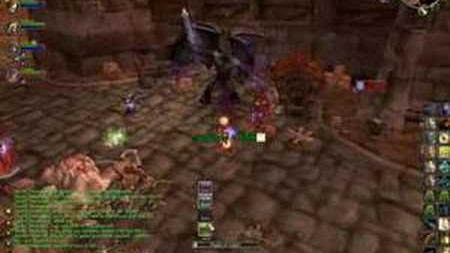