Free‡
‡ some features not available without active game subscription

Battle.net is Blizzard Entertainment's centralized account system for all their online games including World of Warcraft. For the time being the old site is still online for usage at classic.battle.net (the EU version is no longer available).

Blizzard is moving away from using the "Battle.net" name for feature branding purposes and using "Blizzard" instead. Some early examples are "Blizzard Streaming" and "Blizzard Voice".[1] The new name for Battle.net hasn't been formally announced.

Due to the slow transition away from using the Battle.net brand for some form of "Blizzard" branding, it is not clear how much of Blizzard web properties will stay and how much will transition to some other name.[2][3] However, as of mid-late 2017, the transition will feature a "Blizzard Battle.net" brand of some sort before Battle.net disappears, which may add confusion before clarity.[4] The preventing of comments to the announcement article[4] and lack of detail makes it anyone's guess what the changes will look like. The gaming media consensus appears to think that Blizzard is pulling back from the rebranding.[5][6][7][8]

A way to programmatically get data from Battle.net via the web.

A multi-launcher hub for Blizzard games that gives new and status info.

A plastic or virtual gift card for use in recharging your Battle.net Balance.

Since spring 2009 World of Warcraft players can merge their accounts with their Battle.net account. The procedure is as followed, note that it cannot be reversed:

These steps may have changed.

On Dec. 4, 2010, it was announced that the World of Warcraft community sites (previously at http://www.worldofwarcraft.com and http://www.wow-europe.com) would now be hosted on Battle.net:[10][11]

Around mid-January 2014, the look of the front page blog listing and the bylines on the

If you still have your old Blizzard games, you can add (US, EU) their (CD-)key to your Battle.net account so the both are linked together. 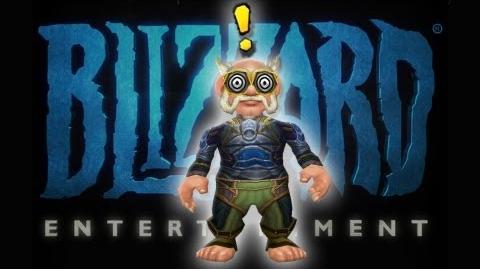