Quests up to and including the scenario are available starting August 7, 2018 for those who pre-ordered 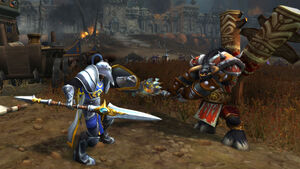 The Battle for Lordaeron, sometimes referred to as the Siege of Lordaeron,[1] serves as the beginning for the Battle for Azeroth expansion. After players pick up an introductory breadcrumb quest, the Alliance lay siege to the Undercity while the Horde defend. It is only available for 110-level characters. These events occur after the War of the Thorns pre-expansion event.

The call to battle resounds throughout Azeroth. For the Alliance, the time has come to take Warchief Sylvanas Windrunner and her Horde to task for the innocent lives claimed in Teldrassil — and retake the former human city of Lordaeron as their own. For the Horde, their task is to defend the Undercity, home to the Forsaken, from the Alliance and retain their foothold within the Eastern Kingdoms.

As mentioned in the official description above, this story shows the repercussions of the War of the Thorns and the burning of Teldrassil by the Horde. In retaliation, Anduin Wrynn musters the might of the Alliance to lay siege to the Undercity, hoping to bring Sylvanas to justice and fold the kingdom of Lordaeron back into the Alliance.

Sylvanas expects such an attack and readies her blight, much to the horror of Saurfang, who largely abandons her side. As the Alliance approaches, she lets loose with the plague, killing and raising both Alliance and Horde soldiers into undeath. Only the sudden appearance of Jaina Proudmoore counters this, as she uses her magic to dissipate the blight in order for Anduin and the Alliance leadership to push through to the throne room.

There, Anduin, Genn Greymane, Jaina, and Alleria Windrunner confront Sylvanas in the throne room. Despite a bitter exchange of words and the Alliance clearly having the upper hand, Sylvanas gets the last laugh as Nathanos Blightcaller, under her orders, detonates more of the blight throughout the entirety of the capital. She escapes in the explosions, thinking her foes vanquished, but Jaina has teleported them all to safety. Thus, the Battle for Azeroth officially begins.

Both Alliance and Horde players have a quest line to follow that includes the Battle for Lordaeron scenario, acquiring the Heart of Azeroth, and leading to the introductory zone for each faction. 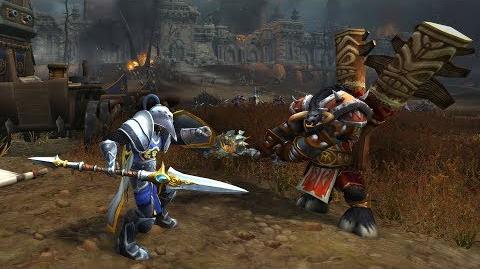 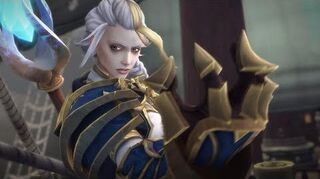 Spoiler The Siege of Lordaeron Turn The Tide
Aug 14, 2018; Jaina turns the tide of battle 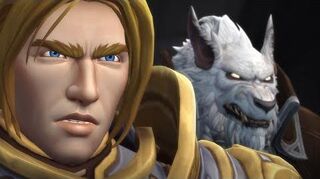 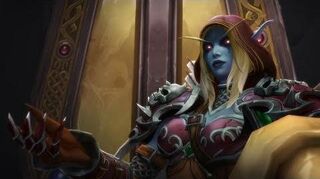 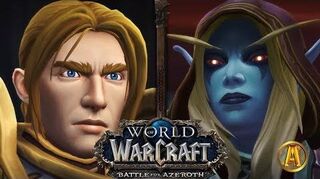 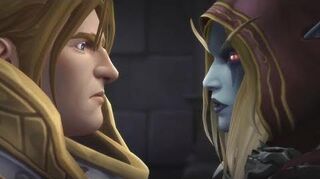 WoW BFA - All Cinematics from the Battle for Lordaeron
Aug 7, 2018 by

Official WoW Site (US) The Siege of Lordaeron Has Begun! by Blizzard Entertainment August 7th, 2018
Community content is available under CC-BY-SA unless otherwise noted.
Advertisement