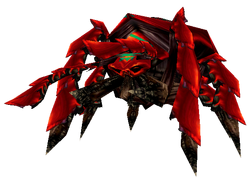 Beetles are insects found in a few areas of Azeroth. Some small beetles are critters, while larger ones are beasts. They are not silithid, although some silithid look like beetles. Those hardy insect can dwell in just about any climate and are known to thrive on battlefields after the fighting has ended.

Though hunters can respec their pet beetles into Cunning or Ferocity, they are inherently Tenacity. In addition to the abilities that come standard with all pets ([Growl] and [Avoidance]) and those given to their natural or retrained specialization, all beetles are given the following: