BlizzCon 2016 was announced on April 6, 2016 and will happen primarily on Friday, November 4 and Saturday, November 5, 2016. It will feature an extensive set of eSports championships with preliminary event in the weeks leading to the conference. This year, Blizzard switched ticketing services from EventBrite to Universe. Tickets will go on sale in two batches, one on Wednesday, April 20 at 7 p.m. PT and the other on Saturday, April 23 at 10 a.m. PT via the universe.com/blizzcon2016 website for $199 USD each.[1] A limited number of tickets to an exclusive pre-BlizzCon Benefit Dinner will go on sale Wednesday, Wednesday, April 27 at 7 p.m. PT for $750 USD each, with proceeds going to benefit Children's Hospital of Orange County with more information appearing at Benefit Ticket page.[1]

The World of Warcraft 3v3 Arena championship at BlizzCon will have a $250,000 USD prize pool.[2] To allow for composition flexibility and greater strategy during the tournament, teams will be allowed a four-player roster.[2]

The following presenters will be hosting the Virtual Ticket live stream of the event:[3]

There comes a time when every murloc must choose a side. Will you mrglgglllgl for the Horde alongside Legionnaire Murky, or dive into battle for the Alliance at Knight-Captain Murky's command?

A curious automaton has been spotted exploring the halls of a local gaming convention. Cosplay as a BlizzCon-bound Bastion unit in your next match of Overwatch with this commemorative skin.

Celebrate two decades of terror with this anniversary-themed Diablo pet, based on the Dark Lord’s design from the original game.

Pull up a chair by the fireside at BlizzCon’s Hearthstone Tavern, then play a few hands with this year’s convention-innspired card back.

Introducing the latest BlizzCon mount to add to your menagerie—the Nexus Tiger! Dash onto the Battlegrounds riding this ferocious beast and show the opposing team they’re in for a fight.

Show your opponents you were at BlizzCon with a new portrait—and as a bonus, be among the first to unlock a fun new piece of upcoming StarCraft II content.

Hearthstone: Heroes of Warcraft
Card back

The new Hearthstone: Heroes of Warcraft expansion will be called "Mean Streets of Gadgetzan" and will be based around the conflict between three (presumably mostly goblin) crime families and go live in early December 2016.[5] The families are called the Grimy Goons, Jade Lotus, and the Kabal.[5] 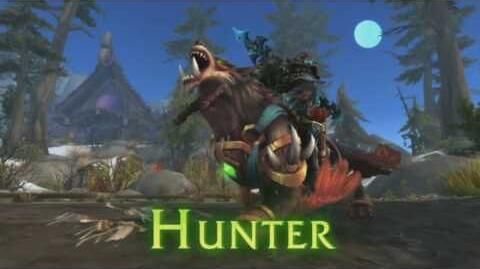 Hints the end of the expansion will allow you to visit Argus![6][7]

Q: How will they address low pop realms and faction imbalance on realms?

A: Restrict what faction you can play on a given server is not good for gameplay. Looking at Connected Realms related solution, perhaps matching up major Horde and major Alliance realms to create a mega unified realms.

A: Ion jokes it would make it way too easy for all-Gnome guilds. Class needs to follow racial identity. Their interests don't go well with those classes, so not any time soon.

Q: PVE vs. PVP class balance. More focus tends to be given to PVE. Why not PVP?

A: PVE is easier because it is easier to gauge with stats. In PVP, many more factors involved. In Legion, though, they should have more tools to adjust class balance in PVP and have tried to do so.

Q: What happened to Med'an from the comic series? Wasn’t he supposed to be the new Guardian?

A: Certain fiction exists outside of World of Warcraft wouldn’t be considered canon. Med'an being the Guardian isn’t World of Warcraft canon. There may be a story for Med'an coming that could be canon, but the comic version isn't.

Q: Any chance to pool Artifact Power at an account level so you can use it on a different character?

A: The Artifact Power catch-up mechanics we currently have (and the ones we will have) are intended to address that. Artifact Knowledge provides a huge boost that continues to build. They aren't account-wide and aren't intended to be.

Q: One achievement away from the Salty title. Where did the Stranglethorn Fishing Derby go?

A: Had to turn it off because of "tech things" and it's coming back soon™. Aiming for Patch 7.1.5. Intended for Patch 7.1, but didn't make it. Realm sharding/phasing meant of Stranglethorn Vale made it difficult to determine realm's winner. Fishing tourney likely going region-wide with 50-100 winners.

A: He was in beta, but got pulled because there wasn't enough time to get his full story in. He's wandering Azeroth and you'll see him eventually.

A: They’d rather have effective catch-ups for alts rather than make things account-wide. There’s a lot of content in WoW that can understandably be called alt unfriendly. They’ve already tried to fix some of this with Patch 7.1 with some things account-wide: Attunement for Suramar dungeons, world quest unlocks, etc.

A: Only if related content makes it happen as a side effect. The kodo gets an upgrade alongside Tauren content (because of Highmountain tauren?).

Q: Blood Elf Paladins get their power from the Sunwell, but the Sunwell is on Azeroth. What's the range on that? Can they use it on other planets?

A: Holy magic goes where it's needed. It can be accessed anywhere in the cosmos. There's no range on the Sunwell.

Q: Any plan on turning the WoW Token into an item that can be used on other character services? Character recustomization, etc?

A: Yes. They designed the system to be useful across all of their services, but to ensure it worked smoothly, they started off with 30 days of gametime only. When you use a token, you'll (eventually?) get the choice of how to redeem it.

Q: Will you revamp the older armor sets? Why don’t you increase the size of the backpack?

A: Revamping older armor sets unlikely, but they are used for inspiration for updated sets. The backpack would be nearly impossible to update is a “myth”. Apparently brought up at a recent meeting and a developer asked why people keep saying that, because it isn’t true. They will be updating the backpack size soon™.