The Blood Prince Council is the first encounter in the Crimson Hall wing in Icecrown Citadel. The council consists of the darkfallen princes Keleseth, Valanar and Taldaram. The fight is pretty straightforward, with just a few quirks.

All of them have been fought and killed by players (Keleseth in Utgarde Keep, Valanar at Naxxanar in Borean Tundra, and Taldaram in Ahn'kahet: The Old Kingdom) and brought back to Icecrown Citadel to once again serve the Lich King.

This encounter was made available January 19, 2010 on US servers and January 20 on EU servers.

The encounter consists of one phase. The 10 minute enrage timer is generous and should not be of any consequence. Three tanks are required, one of them can be a ranged tank (e.g. Warlock).

At all times, one of the three princes has Invocation of Blood. The two without the buff have 1 HP and cannot be damaged, only the buffed prince has a proper health score and can take damage.

Invocation of blood always starts on Prince Valanar (middle), and switches randomly every 30 seconds to another prince.

All three princes have rather low armor and thus take high melee damage. DPS cooldowns should be used on Keleseth, if the tank has sufficient threat, since he frequently casts Shadow Lance which makes it impossible for him to dodge.

This prince can basically be tanked by any class with a ranged attack. He does not use any melee abilities, he instead spams Shadow Lance.

For this reason, the Keleseth tank must gain shadow mitigation from the Dark Nuclei. These spawn randomly around the room, and the Keleseth tank must grab them to gain the stacking Shadow Resonance buff. Dark Nuclei do not follow the normal aggro table, they instead attack the last player that hit them. Melee aoe abilities do not pull Dark Nuclei off the Keleseth tank (excepting Hammer of the Righteous and Heartstrike). The Dark Nuclei destroy themselves over time, necessitating finding more to keep the shadow resistance buff up. Note that the damage reduction from Dark Nuclei is multiplicative not additive, so even with 6 Nuclei the tank still takes some damage. More than 6 Nuclei is not advisable, since at that point the tank takes more damage from the Nuclei than from Shadow Lance.

Some 10 player groups have had success using a tanking geared Death Knight, or a Protection Paladin as the ranged tank. The other tank then tanks Valanar and Taladaram. 3 healers can be positioned between the 2 tanks. When Keleseth is empowered, and the ranged tank requires more attention from the healers, the Valanar/Taladaram tank can use a survival cooldown or two, during this time.

Valanar summons Kinetic bombs so that 2/3 (10/25 player) are up at all times. These Bombs float in the air and slowly move to the floor, upon impact they explode for ~16k damage. Every time they take damage, they float a little upwards. After 1 minute, they despawn.

To prevent the bombs from exploding, they must be continually damaged. The easiest method to achieve this is to use a warlock or hunter melee pet. A melee pet set on a bomb just sits below the bomb until it floats low enough, then attacks it until it floats up out of range again. This may fail though when the pet is effectively kicking the bomb up the stairs. They best way to ensure that this does not happen is to position the pet so that the bomb is between the door from which the raid enters the room and the pet, not the pet between the door and the bomb. Using a warlock imp is not optimal either, as the imp may use all its mana and then be unable to keep the bomb up.

Ranged damage dealers can do this too, but this leads to loss of DPS on the bosses. Players thus want to switch from the Bomb to a boss and back, but this can lead to errors (like accidentally targeting Nuclei). Switching on nameplates or using a targeting macro will help avoid these errors.

Sometimes a kinetic bomb glitches and gets stuck in the floor and not go back up, no matter how hard it's being hit. If this is the case, then someone needs to continually beat on the bomb until it dissipates, otherwise it explodes. This tends to happen on the raised stage in the back of the room.

Valanar puts shock vortexes under random raid members, which are preceded by a small white swirl for 1.5 seconds before expanding into a full vortex, knocking back any player that enters it. The white colored vortexes have a radius of approximately 12 yards, persist for about 20 seconds, and should not be approached. Because of the short cast time, not much can be done about this attack.

When he gains Invocation of Blood he casts Empowered Shock Vortex which creates this effect on every player in the room; melee needs to scatter and get away from each other, while the rest of the raid should already be spread out. Players must keep 12 yards away from everyone else to avoid damaging and knocking around other raid members when it goes off.

Prince Taldaram conjures balls of flame which follow a random raid member and explode when they reach their target. When they pass through other players, the damage they do is reduced, down to a minimum of 10k. When Taldaram has Invocation of Blood he launches Empowered Balls of Flame which follow the same mechanism, but deal higher damage, and also damage the players they pass on their way to their target.

Also Priests should avoid fading during this fight while an Orb is in play, as this can cause the Orbs to detarget and change directions. This is especially bad during an Empowered Orb.

Taldaram also casts Glittering Sparks in a random player's direction so spreading out mitigates that somewhat.

In Heroic Mode, the Shadow Prison debuff is added, which does increasing damage to players every second whenever they move or jump. Therefore, all players (except the Keleseth tank) must minimise movement during the entire fight.

Keleseth also hits much harder in heroic mode. A normal melee tank is therefore recommended over a ranged tank. 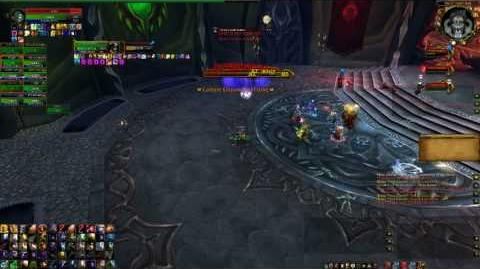 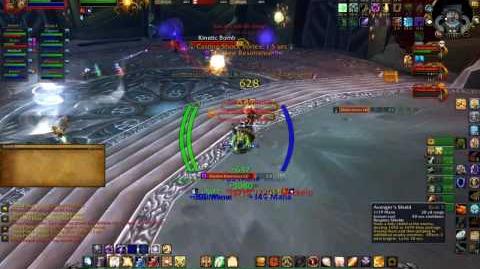 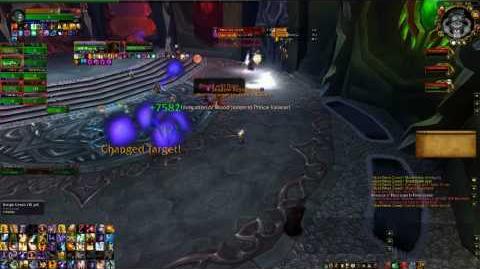 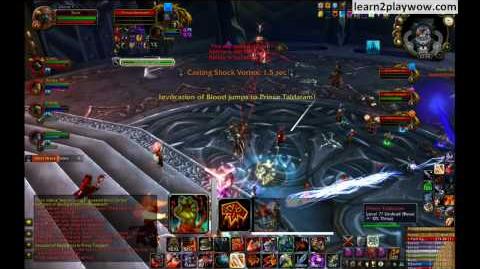 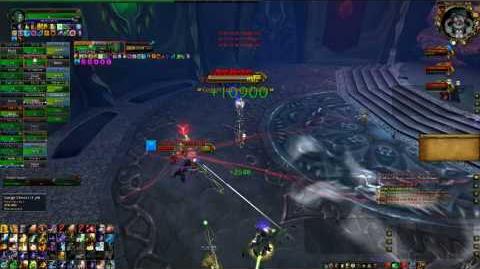 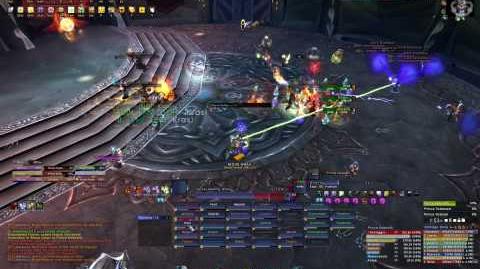 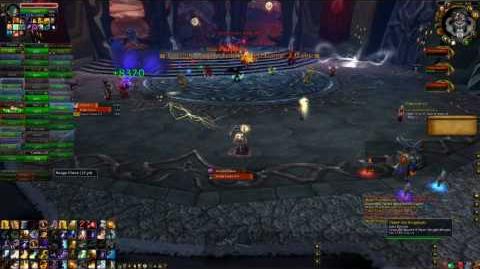