Celestial Steed summons a Celestial Steed, which serves both as a flying mount. Freshly born from the Twisting Nether, this supernatural warhorse takes flight with wings of pure elemental stardust.

Unlike the mounts from the World of Warcraft Trading Card Game, this mount is directly purchasable from Blizzard. Released on April 15th, 2010, it is the first mount to ever be offered in this way.

Players are mailed this mount by Mei Francis:

I'm told you've been searching for a -truly- exotic mount.

How about one that'll have you seeing stars?

At last, your search is over. Enjoy!

This mount is similar to the undead horse Invincible, occasionally dropped off of the Lich King in Icecrown Citadel on 25-player heroic difficulty.

The Celestial Steed bears a striking resemblance to some of the artwork and animations present in Ulduar. It is speculated by some that this mount may have originally been intended as a drop or achievement-earned mount for Ulduar, similar to the aforementioned mount from Icecrown Citadel. 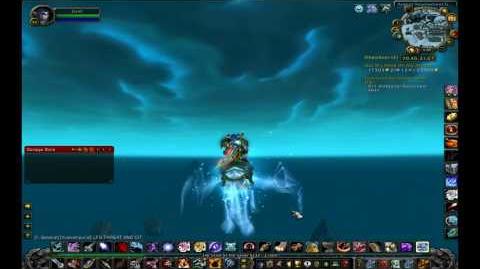