Trial of the Crusader, Crusaders' Coliseum

The Faction Champions is the collective term used by Blizzard to represent the third encounter in the Trial of the Crusader raid dungeon. Players encounter members of the opposite faction in PvP Arena-styled combat.

On the heroic version of Faction Champions, they have 2.6M or 3.2M health each. Every champion also hits for more damage, is untauntable, and has a PvP trinket at their disposal (with a cooldown of 5 minutes). Crowd control and being alert about being targeted is very crucial to survival.

This encounter is much like an arena match vs. 10 (or 6 at 10-man) quasi-player NPCs. The opponents act very much like a good arena team, and some (but not all) PvP mechanics are applied to the NPCs. For example:

Prior to the encounter, everybody should switch to PvP mode. Everyone should plan on taking hits, so stamina/resilience gear helps. As always, it is a balancing act between how much pvp and pve gear you should use.

As with any arena match, picking a damage target and focusing it down is critical. While one target is picked to be killed, all other enemy combatants should be controlled by whatever mechanics are available, including CC and focused distractions (e.g., keeping a warrior on the rogue NPC to disarm, hamstring, intercept, stun etc.). The NPCs reset their aggro tables every 9 seconds. This frequently leads to the damage dealers ganging up on a single raid member; fortunately, healers do not get disproportionately frequently targeted. The NPCs are generally very difficult to tank.

The resulting very chaotic nature of this fight (especially early on when all 10 NPCs are alive), requires fast and smart decision by every single raid member. When one or more of the melee champions targets a soft target, that target needs to run, fear, snare, escape, anything to stay alive. To facilitate these maneuvers, it is best not to clump together. Every second that a champion is traveling to its target is a second that it is not doing damage.

PvP trinkets are recommended in case you are targeted with blind or have to eat an entire fear. A few seconds of not dispelling/interrupting is all it takes to undo a minute's worth of dps. Tremor totem and fear ward are a must. Hunters should use frost trap to slow the NPCs. Hunter pets should attack the enemy pets - The NPC healers treat pets and summoned pets (Treants and the like) as players, so do not kill those. Merely keep attacking them and the healers will waste heals on them. If you are fortunate enough to have several NPC's pets to attack, the fight will be much easier.

Another aspect of this encounter at odds with an arena match is that all opponents and their classes are known ahead of time, so it is possible to create a variety of control macros that target specific roles by name. This is strongly recommended. It is often very difficult to pick a control target from within the crowd while at the same time healing or dealing damage, and evading. Every class with a control ability should be using it as often as possible, including healers. Because of diminishing returns, it's a good idea to regularly switch the control target.

The fight becomes exponentially easier as each champion is killed, so getting the first one down quickly greatly increases the odds of winning. All cooldowns, including Bloodlust/Heroism, should be used immediately. The priority of targets is dependent on raid makeup, but usually the most effective strategy is to kill the healers first. The healers and their abilities are:

The most effective healer is the restoration druid, mainly because most of his casts are instant and not interruptable. A common strategy is to put interrupters on the other healers and burn the druid down first. If there are competent warlocks dispellers in the raid which can keep the druid banished, and dispel the Hots on the kill target, you can something else first (usually the rogue or warrior). Remember that the banishes are subject to diminishing returns, so this approach should only be chosen if the other focus target dies before the druid becomes immune to banish.

After the restoration druid is dead, one of the other healers is usually chosen next. The shaman uses a powerful earth shield which makes him slightly more dangerous than the priest; in addition, he casts Hex and powerful totems. Fortunately, he has no self-rez.

After all the healers are dead or locked down by rogues/warriors, the next highest priority should be the melee DPS. The rogue is the most dangerous followed by the warrior, the retribution paladin, and the death knight.

Once the first couple are dead the fight becomes several orders of magnitude simpler and boils down to a burn phase. Keep the DPS champions chasing and the raid healers alive. Players assigned to distraction on various enemies should continue distracting until their target is picked for the kill. Distraction players must watch their target's target and call out who they're pursuing.

Two of the most important abilities in this encounter are offensive dispelling and spell interrupts. All of the champions are susceptible to spell interrupts, and offensive dispel is critical to cut through the healers' effects. Another strong ability to remember is mass dispel, which can remove Divine Shields and Ice Blocks, both of which are used by enemy champions. Mortal Strike and Wound Poison also help a lot. The death knight and rogue use disease and poison effects so Cleansing Totems should be down.

If a raid finds that they're having trouble surviving, it might be best to save all forms of crowd control for self defense. The first two minutes or so of the encounter are usually the most critical. Once the first healer is down (usually the Resto Druid) the fight becomes significantly easier.

Intro as Alliance
Highlord Tirion Fordring yells: The next battle will be against the Argent Crusade's most powerful knights! Only by defeating them will you be deemed worthy...
Garrosh Hellscream yells: The Horde demands justice! We challenge the Alliance. Allow us to battle in place of your knights, paladin. We will show these dogs what it means to insult the Horde!
Highlord Tirion Fordring yells: Very well, I will allow it. Fight with honor!
Garrosh Hellscream yells: Show them no mercy, Horde champions! LOK'TAR OGAR!

Intro as Horde
Highlord Tirion Fordring yells: The next battle will be against the Argent Crusade's most powerful knights! Only by defeating them will you be deemed worthy...
King Varian Wrynn yells: Our honor has been besmirched! They make wild claims and false accusations against us. I demand justice! Allow my champions to fight in place of your knights, Tirion. We challenge the Horde!
Highlord Tirion Fordring yells: Very well, I will allow it. Fight with honor!
King Varian Wrynn yells: Fight for the glory of the Alliance, heroes! Honor your king and your people!

As with the other bosses in the instances, there are separate versions of each item for Alliance raids and for Horde raids. 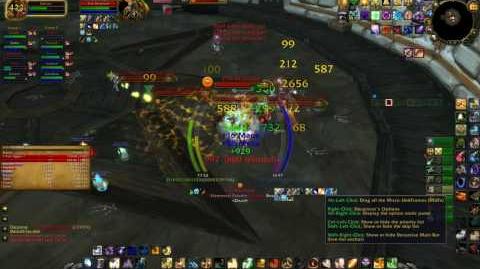 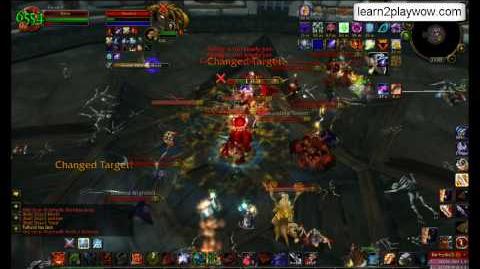 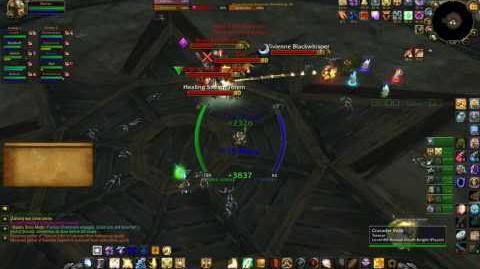 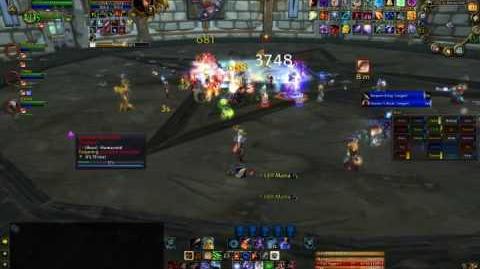 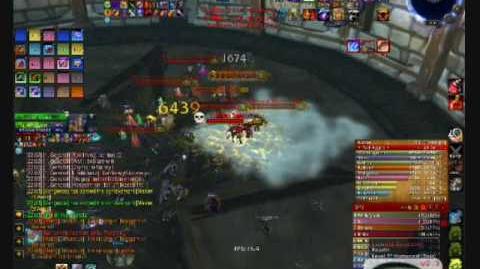 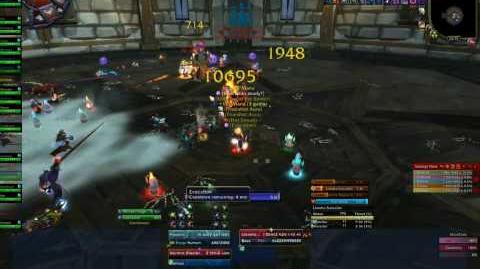 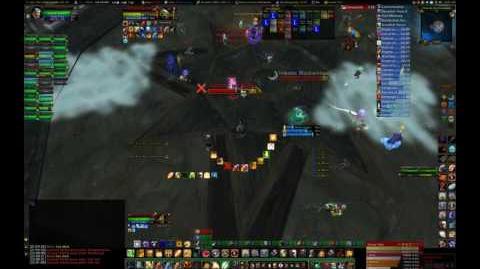