This article is about the region south of

Eversong Woods. For the book in The Sunwell Trilogy, see Ghostlands (book).

Southern Quel'Thalas
Ghostlands is a part of the original Blackened Woods. It is a level 10-20 zone that was implemented in the Burning Crusade expansion. Today, this zone appears on the world map north of the Eastern Plaguelands. Ghostlands is also an alternate title for the entire Blackened Woods region[1] (LoC 112) from which Eversong Woods was later reclaimed. The current Ghostlands region borders Eversong Woods in the north, and is the location of the forest troll instance Zul'Aman.

Little is known of this shadowy region of Quel'Thalas. The blood elves applied the scorched earth policy to these woodlands, effectively giving the Scourge as pyrrhic a victory as possible. It is likely that vengeful phantoms of the battles with the Scourge and a majority of the undead remnants left over from the invasion of Quel'Thalas still linger here...as well as one of the most vile traitors to the elven people.

According to Lands of Conflict, the high elves first landed in the Ghostlands (also known as the Blackened Woods), southwest of Silvermoon and north of Stratholme. Their fleet landed on the beaches of the kingdom men would later call Lordaeron. Forging inland, the high elves founded a settlement within the tranquil Tirisfal Glades. After a few years, many of them began to go mad. It was theorized that something evil slept beneath that particular part of the world, but the rumors were never proven to be true. The high elves packed up their encampment and moved northward towards another land rich with ley energies.

The Ghostlands is a rather dark and dreary place, with not even a glimmer of sun, even along the coast. It is a zone that reeks of death and undead activity. Most areas that are populated are in the center of the zone, including Tranquillien, Sanctum of the Sun, and Farstrider Enclave, though the area just outside Zul'Aman has a number of inhabitants. Many of the ruined villages have been taken by the undead, and a blackened scar runs the length of the zone from Eversong Woods in the north to Deatholme in the south. There are also a small number of night elf camps, though even these areas are gloomy and forlorn. 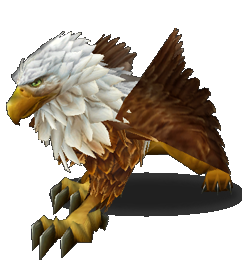 Travel from Fairbreeze Village in Eversong Woods south and cross the small bridge into Ghostlands. From there a short walk will bring them to Tranquillien. 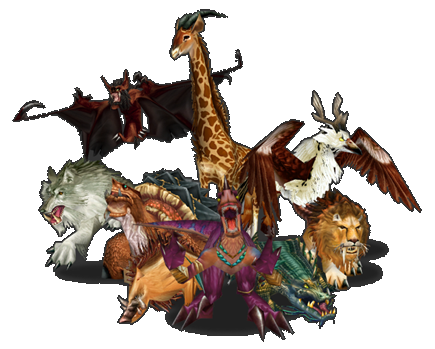 Note: There are no pools to speak of, but open water fishing requires a minimum skill of 75 for no junk catches.

Ghostlands is home to several characters of note. At Tranquillien, Dame Auriferous and High Executor Mavren work together in the battle against the Scourge. At the Farstrider Enclave, Captain Helios and his rangers attempt to fight back the relentless attacks from the Amani trolls. And at the Sanctum of the Sun, Magister Kaendris sends bold adventurers into the heart of evil itself — Dar'Khan Drathir's Tower of the Damned, in the center of his fortress of Deatholme. 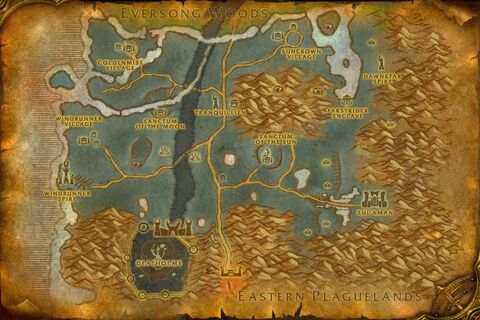 Tower of the Damned