Going Down? is an achievement which is completed by falling 65 yards without dying. You have to end the fall on a "hard surface".

If you have a flying mount, getting this achievement is easy. Just remember to bring plenty of food. If you are doing

Drunken Stupor, you also need to bring cheap drinks, like [Skin of Dwarven Stout], enough to get you "completely smashed". Do note that in the better part of Outland, booze is hard to come by.

If you fell far enough and survived, you now have the achievement. Congratulations.

If you fell too far, you are dead, which means you can easily find the spot again by simply standing on the skeleton your corpse leaves behind when you spawn. Note that if you die, your inebriation goes away, so if you are doing

Drunken Stupor, you have to drink yourself smashed again.

If you neither got the achievement nor died, eat a meal to get yourself up to full health again (NOTE: very easy to forget), and repeat the instructions above. By watching your shadow in correlation to the pattern on the ground, you can inch yourself higher and higher until you find the right height to fall from. 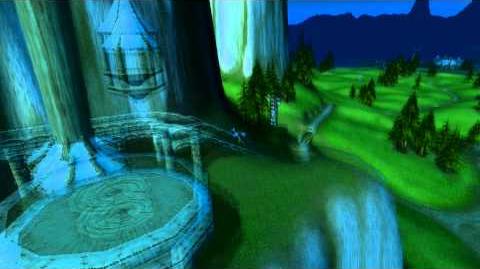