For personal achievements, earned by a single character or account, see Achievements. 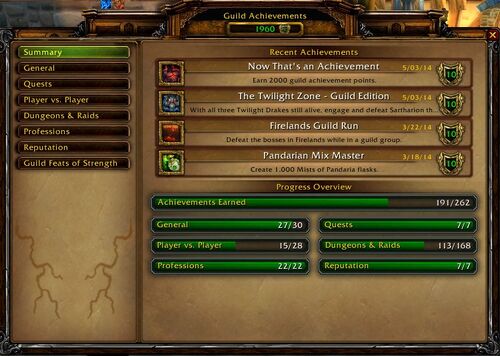 Qualifying as a Guild Group

In order for a guild to earn any of the guild group-related achievements, the group must consist of a minimum number of guild members. The attendance requirements for said achievements are as follows:

Wrath of the Lich King Dungeons

Wrath of the Lich King Raids

Most of the achievements in the following list are no longer attainable. The "realm first" achievements are the exception, and are only attainable if a guild is on a newly-created server where no other guilds have yet met the requirements.