WoWWiki
Register
Don't have an account?
Sign In
Advertisement
in: The Storm Peaks subzones, Halls of Lightning, Wrath of the Lich King, Instances

The Halls of Lightning is the level 79-80 five-man wing of Ulduar in the Storm Peaks.

The Halls of Lightning is located in the eastern part of the enormous titan city of Ulduar. Here the treacherous Loken — a fallen servant of the Pantheon and former prime sentinel — mass-produces iron vrykul on behalf of his dark master's sinister plans. Loken himself guides his forces from his throne, guarded by storm elementals and fire elementals with his most powerful servants and commanders near his side.

Walk of the Makers 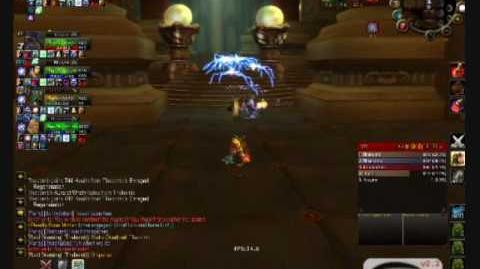