WoWWiki
Register
Don't have an account?
Sign In
Advertisement
in: The Storm Peaks subzones, Halls of Stone, Wrath of the Lich King, Instances
English

Halls of Stone is the 5-man wing of Ulduar in the Storm Peaks and is aimed at level 77–79 players. The entrance is located in the southern part of the titan city by going west until you see the gate. It has a lot of lore closely tied to it. This is one of the non-linear instances in Wrath of the Lich King. The scale of the instance is large, with tall halls and rooms, but is still small enough to move about in without a mount.

The order of bosses is non-linear, so the order below doesn't necessarily represent the encounter order.

There is an escort event involving Brann Bronzebeard, that also rewards you with a rare item. Completion of this event unlocks the door to Sjonnir the Ironshaper. Note that you start the quest and can hurry him along by talking to him. 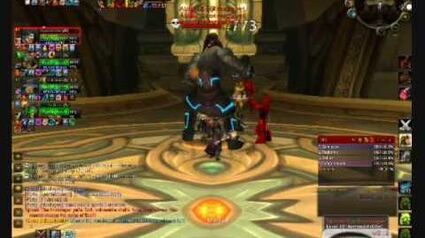