WoWWiki
Register
Don't have an account?
Sign In
Advertisement
in: Pages using duplicate arguments in template calls, Articles to clean up, Level ?? NPCs,
and 4 more

The Halls of Winter

Hodir is one of the boss encounters in Ulduar. Players are able to defeat him, but not kill him. His loot is distributed through a frozen chest in his chambers.

Before the start of the fight, there are several NPCs (8 in Heroic, 4 in Normal) frozen in iceblocks who can be freed by attacking the iceblocks. When freed, they will help the raid by attacking Hodir, casting spells to help the raid, and providing beneficial buffs. Horde and Alliance raids will see a different set of NPCs according to their faction. If you wish, you can mark the NPC's while frozen by typing /tar and their first name to target them.

This is a single-phase fight that remains the same from beginning to end when Hodir is at 1% health. Making effective use of the friendly NPC buffs can increase raid DPS tremendously, and is necessary to complete the encounter in hard mode, which requires killing Hodir within 3 minutes. Note: Turn on the "Projected Textures" option in the game video settings for this fight (as of patch 3.1.1, this option is on by default), as much of the avoidable raid damage requires seeing the glowing white target circles on the ground.

Once the encounter begins by pulling the boss or attacking an iceblock, all players must be aware of Hodir's Biting Cold aura. This aura cannot be outranged and will stack a DoT debuff every few seconds whenever a player is not moving. The amount of damage done every tick increases rapidly with every stack of the debuff, so players that accumulate more than a few stacks will likely die. Moving will only remove one stack of the debuff every second, so players who have multiple stacks of the debuff must remain moving for several seconds before the debuff is completely removed.

Throughout the fight, Hodir will randomly cast Freeze, a Frost Nova-type spell centered on a random member of the raid. The targeted player—along with any other players within 10 yards—become rooted for 10 seconds. Dispel this as quickly as possible. Priest Mass Dispel works well for this. Paladins can help free players with Hand of Freedom and Mages can Blink to free themselves. Gnome characters can also use Escape Artist, so gnome mages have two escapes from this root effect. Humans can use Every Man For Himself and Rogues have Cloak of Shadows and Vanish. For Druids , the fastest and easiest method (assuming standard stance bar) is simply double-click the form button that you're currently in - it will instantly drop the form and shift back, removing the freeze. The major problem with Freeze is if it prevents players from moving out from under an Icicle, or to safety from Flash Freeze. It may be worth saving one's personal escapes for these situations.

Icicles will fall from the ceiling onto players randomly during the fight. They are visually cued by snowflakes pouring down before they land and, with projected textures, a white target circle on the ground. Players have a few seconds to move from the area before the Icicle hits the ground, causing significant damage to all players in the area and knocking them back around 30 yards if they are not already rooted by Hodir's Freeze spell.

Periodically, Hodir gains a self-buff called Frozen Blows. It reduces the physical damage he does, but in turn buffs frost damage to his attacks (up to 40,000 unresisted). While Hodir has the Frozen Blows buff, he also deals 4,000 frost damage to the whole raid every 2 seconds, so healers will have to be prepared when they hear Hodir roar. If the raid is employing a frost resist tank, he needs to watch for the emote tied to this and immediately taunt him. Healers also need to be paying attention for the emote to switch targets onto the frost resist tank. When the buff wears off, the original tank must taunt back immediately and the healers must switch back right away again.

When Hodir starts casting Flash Freeze, three large icicles will begin to fall (two on Normal). The areas where these icicles will fall are immediately marked by a mound of snow and a large white targeting circle on the ground. Players should get next to, but not inside one of these large circles as soon as possible. After several seconds the large icicle will crash into the ground causing tremendous damage to anyone in the circle and knocking them 30 yards away. After the icicle has hit the ground, all players have only a couple seconds to run into the circle where a large icicle has just fallen. Any NPCs or players who are not in one of the large circles will be frozen in an iceblock by the Flash Freeze. Players and NPCs in iceblocks should be freed immediately prior to resuming DPS on Hodir.

Overall, this fight is mostly a test of endurance. No players should get more than a couple stacks of the Biting Cold debuff. Very few should ever get hit by falling Icicles. And no one should get frozen by Flash Freeze.

The two mage NPCs provide a number of beneficial buffs to the raid. For this reason, the mages should be released from their ice blocks first at the start of the encounter. Their abilities are:

Because the mage NPCs only spawn fires about 5-15 yards around themselves, assigning a caster to each of the mage NPCs ensures that the debuff stays up at all times. Before you start the encounter, manually target and mark Amira Blazeweaver/Missy Flamecuffs and Veesha Blazewaver/Sissy Flamecuffs (using Diamond and Moon is less likely to conflict with any marking addons).

Your assigned raid casters will be looking out for the fires when they spawn. Once up, they should stand on top of them and start casting to get the debuff rolling (remember, you cannot run though them once he starts casting Flash Freeze). Singed lasts 30 seconds, with a 30% chance to apply. To help with keeping the debuff stacked, the raid must release the mages as fast as possible after each Flash Freeze. Once released, the mage NPCs will help you to release the rest of the NPCs, and your assigned casters get back to their respective DPS target, and refresh Singed. 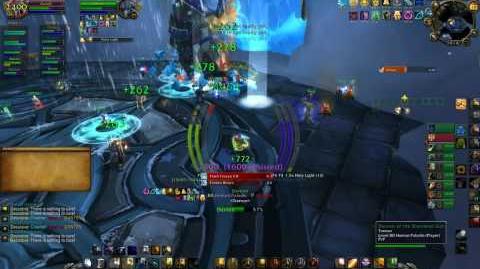 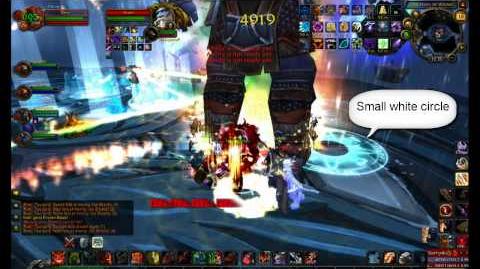 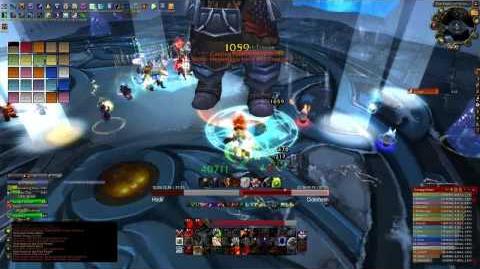 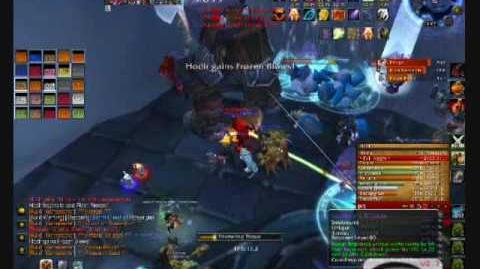 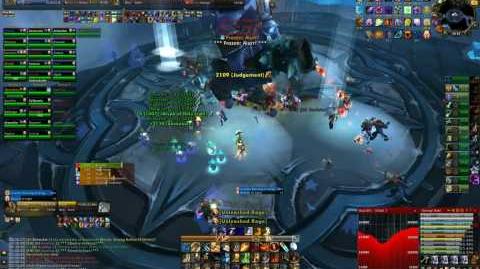 Severance Gaming Full tactics for Hodir based on PTR testing and WWS parsing.

World of Raids Tactics for Hodir based on PTR testing.