This article is about the human playable race. For humans in general (including all human factions), see human.

The humans of Stormwind are one of the playable Alliance races in World of Warcraft. They are a resilient breed, having survived an invasion by the savage orcs during the First War. During the Second War, the armies of Stormwind rallied with the Alliance of Lordaeron to reclaim their homeland of Azeroth. After the success of the Second War, Stormwind was rebuilt and human civilization began to flourish once again throughout the southlands.

The noble humans of Stormwind are a proud, tenacious race. They bravely fought the orcish Horde for generations as the patrons of the Grand Alliance. Just as they thought peace had at last settled over their war-torn kingdoms, an even darker shadow descended upon the world. The undead Scourge unleashed a foul plague of death upon humanity and succeeded in decimating the northern human kingdom of Lordaeron. The few humans who survived fled south to the protection of Stormwind.

No sooner had the undead struck than the demonic Burning Legion began its cataclysmic invasion of the world. The warriors of humanity stood fast against the Legion and helped save the world from imminent destruction. The defenders of Stormwind stand vigilant against any who would threaten the sanctity of their lands to this day. Situated in the foothills of Elwynn Forest, Stormwind City is one of the last bastions of human power in the world.

King Varian Wrynn ruled the people of Stormwind for a considerable amount of time. Backed by their stalwart allies, the armies of Stormwind marched forth to fight the savage Horde on distant battlefields, leaving the defense of Stormwind to its proud citizens.[1] (WoWMan 168) When the threat of the Lich King loomed in Northrend, the armies moved into the mountainous regions of that continent; though they proved successful in their campaign, it left Stormwind's forces weakened. They were further stretched thin by the explosive appearance of Deathwing and later by the latest invasion of the Burning Legion. During this precarious time, Varian fell to Gul'dan on the Broken Shore. Leadership then fell to his son, Anduin Wrynn.

Humans’ skin ranges from dark to light, and may have tones of other colors. Their eyes are blue, brown, green, gray, or hazel. Human hair is brown, black, blond, or red. Humans look like exaggerated forms of real-life humans, with men usually keeping their hair short and women usually longer. Beards on men seem very popular or shaving is just not common. Humans average six feet in height and weigh about 180 pounds, with men noticeably taller and heavier than women.

[Every Man for Himself]ω ϖ—A 30-second cooldown is shared with other similar effects (i.e. PvP trinkets). It effectively gives you a free trinket slot when doing PvP, since you don't have to devote one for that ability.

One of the greatest advantages that humanity possesses is their aptitude for team work and leadership, therefore they are also well known for their skills in Diplomacy. Their leaders proposed forming the Alliance, and even ordinary citizens know that the right choice of words means the difference between leaving a good impression and leaving a great one.

Humans' tenacity is one of their best traits as a race. They will continue to fight through any level of adversity. Faced with invasions by the orcs, Burning Legion, and even the Scourge, The Human Spirit remains unconquered. This also contributes to humanity's powerful will to survive, demonstrated by the racial "Every Man for Himself" which shows humans doing anything necessary to survive and triumph over their foe. 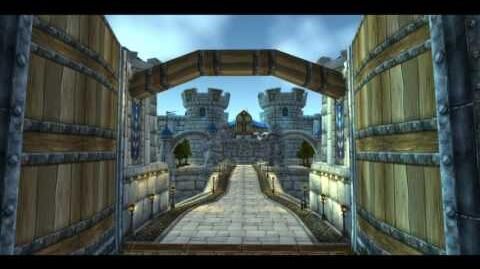 Human Introduction Cinematic in 4K
Similar to Cataclysm intro, but with repaired Stormwind 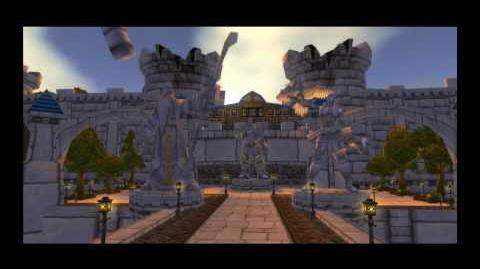 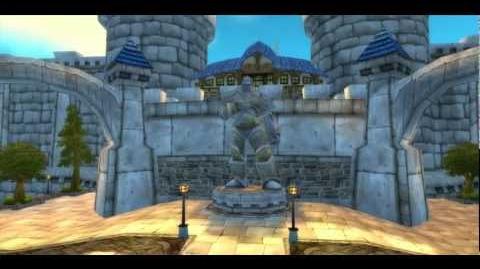