For the greater complex of which this dungeon is a part, see Icecrown Citadel.

Icecrown Citadel is the pinnacle of the 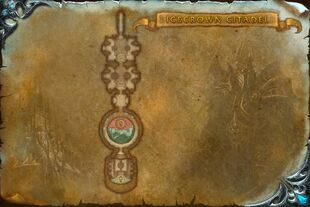 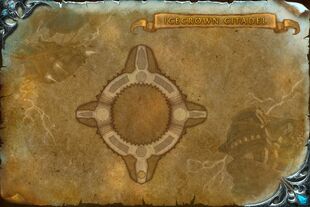 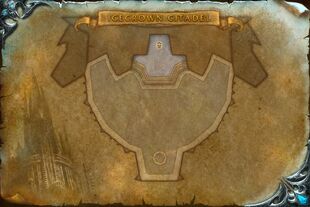 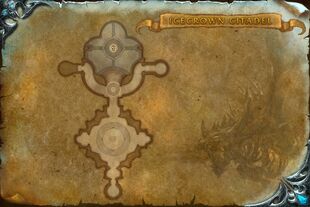 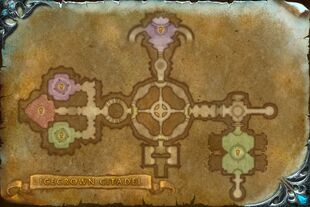 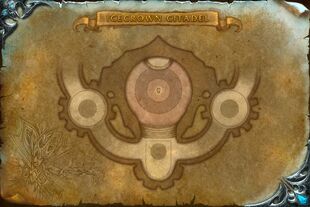 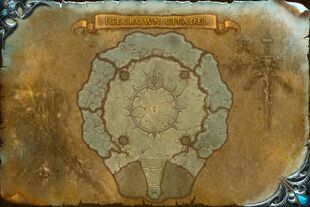 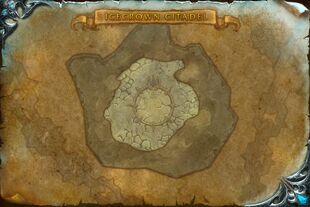 Icecrown Citadel will be home of the updated instance difficulty setting which can be changed on a boss per boss basis. It will be able to be switched at any time during a raid without leaving and reentering the instance.

Some restrictions on when you cannot change it will be in place. Such as, you cannot change the difficulty in combat or during certain scripted events. To enable it you will have first have to have defeated the Lich King on normal mode, and heroic mode will not affect trash in any way and will only change the bosses.[1]

Icecrown Citadel will be split into four sections for release, in the following order: The Lower Spire (the first four bosses), the Plagueworks (the next three), the Crimson Hall (the next two), and Frostwing Halls (the last three). There will be a period of some weeks after the opening of the first section before going on into the second. The Lich King may not be fought until Professor Putricide, Blood-Queen Lana'thel and Sindragosa are dead. Any heroic modes may not be attempted until the Lich King has been defeated on normal mode, and you cannot face the Lich King on heroic mode during that week's lockout unless you defeat Putricide, Lana'thel and Sindragosa on heroic mode.

In addition, there will be limited attempts on the four most difficult encounters - Putricide, Lana'thel, Sindragosa, and the Lich King - similar to the Argent Crusade Tribute Chest for Trial of the Grand Crusader (with the difference of there being no reward for completing the instance before the attempts run out). This symbolizes the support (in the form of troops and material) provided by the Ashen Verdict. The number of available attempts will increase in increments as the raid sections open; when the second section (with Putricide) opens, players will have five attempts; the third (Lana'thel) will boost that to ten, and the final (Sindragosa/Lich King) will boost it to a total of fifteen. The number will increase further in the weeks after all twelve encounters are open, indicating the growing strength of the Ashen Verdict. Once all of the attempts run out, these four bosses will despawn for the week.[2]

The number of attempts is now only limited in heroic, as

Daelo stated in the forums.[3]

Ghostcrawler stated that there would be 31 bosses in the Citadel,[5] but later admitted it was a joke.[6] It was later confirmed at Blizzcon that Icecrown would contain 12 bosses, plus an additional 7 in the 5-man wings.

The Oratory of the Damned

The Rampart of Skulls

The Sanctum of Blood