Edit this page
watch 01:29
'World of Warcraft Mists of Pandaria' Zone Preview The Jade Forest
Do you like this video?
Play Sound

After a devastating naval battle, survivors from both the Horde and Alliance wash up onto the tree-lined shores of the Jade Forest. Surrounded by wilderness, they must form alliances with the natives if they wish to survive. Along the way, they will meet the pandaren... along with some of the greater powers that protect and shape Pandaria.[1]

The Jade Forest is zone of lush rainforests and stone spires. The Pandaren buildings at the top of some of the spires create impressive vistas. As the beginning zone for existing players (level 85+?), the Horde crash on the northwestern side of the zone and the Alliance wash ashore on the southwestern side. Players meet the hozen and the jinyu. The Horde try to befriend the hozen and the Alliance try to sway the jinyu. The efforts of the two factions trying to win over these groups of denizens will bring them into more conflict and generate negative energy that will appear as the Sha.

This zone contains the level 85-86 dungeon Temple of the Jade Serpent which the players must cleanse of the Sha created by the conflict in the zone.

Currently there are two ways for players to make their first foray into the Jade Forest. One is to take a portal, and the other is to follow the quest chain that begins in

Grommash Hold. It is expected that the portal option will be removed once the expansion is released.

Map as of Patch 5.4 with Timeless Isle 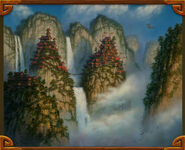 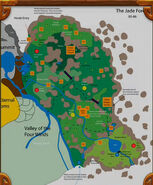 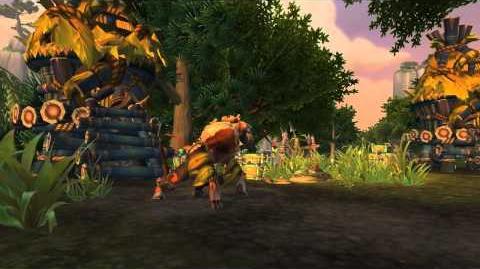 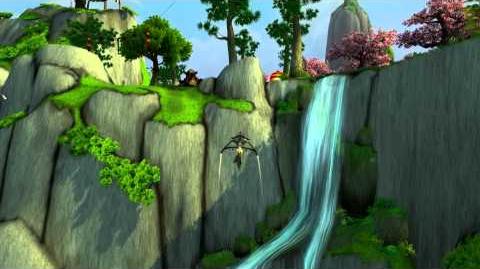 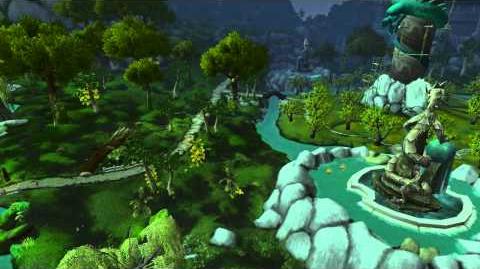 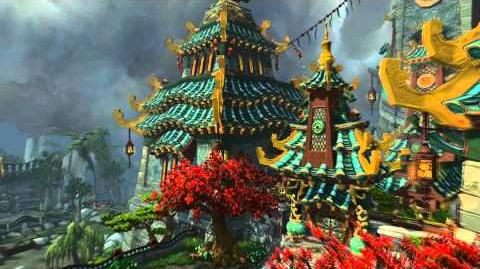 WoW Insider Mists of Pandaria: A new Alliance in the Jade Forest by Matthew Rossi Aug 3rd 2012 at 4:00PM

WoW Insider Mists of Pandaria Beta: The Jade Forest revamped and reopened by Anne Stickney Jul 31st 2012 at 9:00AM