Kelp'thar Forest is the first zone in the undersea region known as Vashj'ir. It is one of the two starting zones for all players level 80 and higher (the other is Mount Hyjal). The forest features a vast array of aquatic life and plants. There is a mixed focus between the main quests involving the naga and auxiliary quests introducing players to Vashj'ir's new underwater mechanics. The most noticeable feature of the Forest is found along the southern edge of the zone in what is simply called the Lightless Reaches.

The majority of the Forest consists of a sandy, broad floor. Much of the interior is covered with long, weaving strands of kelp and seaweed. There are a few caves, mostly on the eastern side of the zone where hubs have been set up for adventurers. The floor is also littered with shattered remnants of ships lost at sea. Towards the south is the first evidence of naga civilization, consisting of barnacle and seaweed coated marble columns and crumbled structures, all still inhabited. 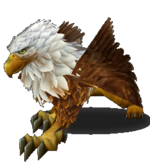 Alliance and Horde players will typically access this area via introductory quests given at both Stormwind City and Orgrimmar, respectively. Once the quest is finished, alternative means to return include portals within both those cities, by flight path, or by flying through fatigue. 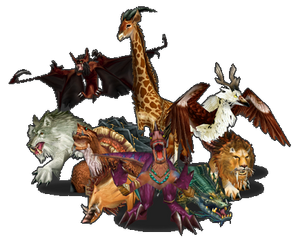