This article is about the official character. For the card, see TCG Heroes of Azeroth/198. For the title see Titles.

Leeroy Jenkins (sometimes misspelled Leroy Jenkins) is a paladin of the Alliance. Leeroy Jenkins was made an official character in the World of Warcraft Trading Card Game as a legendary card, number 198. His card represents one of the more notable inclusions of fan-created content into the Warcraft universe, as the character and catchphrase are taken from a popular video.

Metzen was asked at San Diego Comicon if the character will ever appear in World of Warcraft: The Comic. He thought it was a good idea. Only time will tell if it ever happens.

Jenkins also has a miniature made of him. The miniature is holding in his off hand a chicken drumstick, a reference to his quote "at least I have chicken".

Leeroy has deleted his character but it was located on the Laughing Skull server. 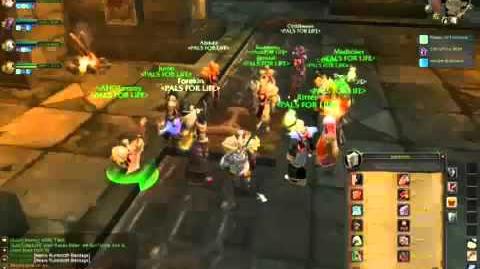