Eastern Khaz Modan
Loch Modan is a large area east of Dun Morogh, situated in eastern Khaz Modan. It is known for its temperate climate, abandoned archaeological dig site, and the huge lake from which the region takes its name. The gray and rugged Khaz Mountains rise up on all sides around the loch, and the hills are lightly wooded with pine and birch. The loch was held in place by the Stonewrought Dam, an architectural wonder of no equal on Azeroth. The dam controlled the flow of water to the Wetlands below prior to the Cataclysm.

Loch Modan is heavily populated by hostile troggs, unearthed from caves below ground by the dwarven digs. They have since settled in the surrounding mountainous area and built crude camps and caves from which to strike at passing travelers. Other dangers include dangerous wildlife, aggressive kobolds, and the powerful ogres of the Mo'grosh Stronghold.

Despite its serene appearance, Loch Modan has seen its share of conflict and bloodshed. In the Second War, the orcs of the Horde overran Loch Modan and made a stand against the defenders of the Alliance. The dwarves of Ironforge were ultimately successful in their defense, and reclaimed the area in the war's aftermath. Broken catapults and ballistae can still be seen scattered about on the bottom and islands of the loch, mute evidence to the region's bloody history.

With the emergence of Deathwing into the world, and with his notable flight over the loch that ripped apart the dam, more enemies have settled into the area. The Twilight's Hammer clan is chief among these, taking up residence within the center of the now-drained loch. The dark iron dwarves have taken advantage of the destruction of the Stonewrought Dam and taken that structure, and have even parked a spy close to Thelsamar within Grizzlepaw Ridge.

The region is surrounded by the Mountains of Khaz. Loch Modan is sparsely wooded, consisting mainly of rugged hills and rolling grasslands. There are a number of caves filled with their own unique dangers sprinkled throughout. Mountain passes lead to other areas, such as the Searing Gorge and the Wetlands, as well as Dun Morogh. For the most part these are well guarded, or in the case of the Searing Gorge pass, locked. The Stonewrought Dam used to control the flow of water into the Wetlands, great spouts of water flowing from the open mouths of stone dwarves carved into its face. The northeast quadrant is perhaps the most dangerous, filled with ogres. South of this is a large excavation site.

Prior to the Cataclysm, the most notable feature of the area was the large loch itself, dotted with small islands. It has now been drained, thanks to the destruction of the Stonewrought Dam by Deathwing, displacing a large number of its natural wildlife and introducing new creatures into the area. Many of the threshadons died, and their skeletons now litter the floor.

There are no instanced dungeons or battlegrounds in Loch Modan. However, the micro dungeon Mo'grosh Stronghold can be found in this area.

Since the Alliance has no travel hub in the Badlands, they have to fly to Thelsamar in Loch Modan and ride from there to get to Uldaman. Newer players are often unacquainted to the higher-level activity in a teens level zone in comparison to the starting zones they have come from.

Alliance
Players can travel on foot from Dun Morogh through either the North Gate Pass or South Gate Pass, then to the western side of the loch to Thelsamar.

Horde
The easiest way to Loch Modan is for players to travel from New Kargath in the Badlands northeast and past Uldaman or Horde may walk approx. 4 degrees West of due North from Dust Wind Dig passing on the right of Uldaman dig. From there they need to pick their way through the deep gorge between the two zones.

These instructions require an understanding of map coordinates for WoW.

Loch Modan is home to several dwarves of various levels of importance. In the Valley of Kings, Captain Rugelfuss sends promising young dwarves to eradicate the troggs who infest the region. At the Stonewrought Dam, Chief Engineer Hinderweir VII seeks to rid Loch Modan of the vile and terrible Dark Iron dwarves. And at his excavation site, the unlucky Prospector Ironband recruits "slightly" more experienced adventures to investigate the ruins of Uldaman.

Due to the Trogg invasions in the far western village of New Tinkertown, in Dun Morogh, many Gnomes have fled to the company of the Dwarves of Loch Modan, and Thelsamar.

Loch Modan is the implied level 10-20 destination zone for dwarves and gnomes from the adjacent starting zone of Dun Morogh. However it is easy enough for all other Alliance races to quest here, via the Deeprun Tram from Stormwind (this is true since the opening of Stormwind Harbour, allowing young Draenei and Night Elves easy access to Stormwind).

One way of taking a tour 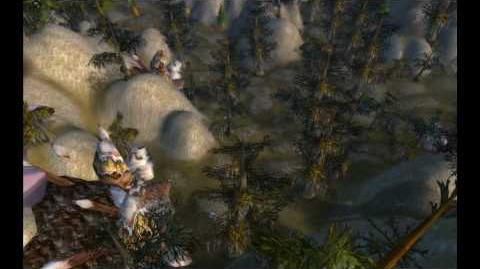 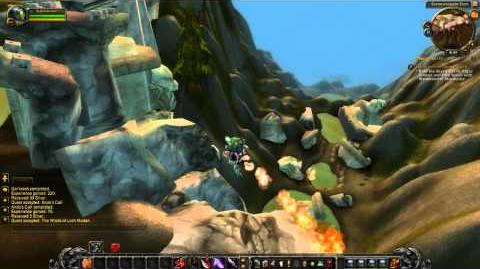