Oasis of the Fallen Prophet, Lost City of the Tol'vir

Lost City of the Tol'vir

Lockmaw is a boss in the Lost City of the Tol'vir in World of Warcraft: Cataclysm. His name is likely a reference to Lockjaw, a well known large Crocodile from the original Everquest, who was also found in a similar environment.

This is a 2-part boss fight, the first part is killing Lockmaw, the second is killing Augh. You can do both of these separately, so for that reason pull the croc back a bit so that Augh doesn't aggro right away. (you are out of combat until you pull Augh).

Avoid clouds of dust. These spawn where Augh whirlwinds and where Lockmaws tail is. They cause massive, avoidable damage.

Non tanks should worry about being marked with Scent of Blood. When marked, a small red arrow will point at them and 3 (heroic: 4) non-elite crocolisks will come chomp on the affected target. These small crocolisks need to be burned down. For this reason, I'd suggest stacking on the boss. Hunters should be close and feign death after all the crocks have jumped on them.

Augh has a presence in phase 1, but is easily avoidable. Dont get into his whirlwind and you should be fine.

Around 40% or so he will go into a venomous rage, and this can should be tranq'd or soothed off.

There is lots of poison so nature resist comes in handy.

After Lockmaw is dead, drink up, heal up, and rez any dead rogues and mages you have, and be ready for Augh.

Augh is a crazy little bugger. His frenzy cannot be removed. He will cast dragons breath (short cone which disorients as well as does damage). Stay out of his whirlwinds, and heal through the blow darts. In heroic, he was pretty easy compared to any other heroic encounter. 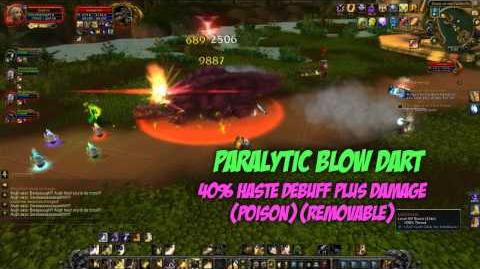 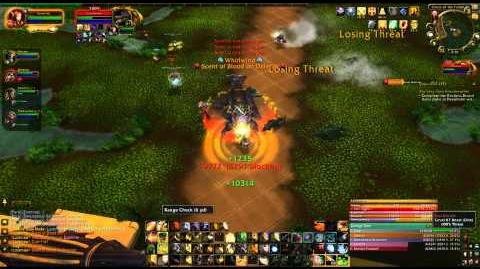