The Lost Isles is a zone featured in World of Warcraft: Cataclysm. The chain of islands is located south of Azshara and north of Durotar. The goblins of the Bilgewater Cartel have shipwrecked on the Lost Isles after fleeing the devastation of Kezan.

The preconception that any goblin would sell their best friend for a fistful of gold is not entirely unfounded: many of them probably would and some actually do.

The truth is that quite a few goblins combine a shrewd business sense with a certain level of... moral flexibility. For example, after the Cataclysm reawakened a volcano on their home island one of the goblins' trade princes realized that there was good money to be made in offering panicked goblins a ticket to safety on his ship, taking their life savings - and then selling them into slavery. A clever plan, until it (and the ship) fell apart in a naval crossfire between an Alliance fleet and a lone Horde ship. The shipwreck's survivors washed ashore on the Lost Isles off the coast of Kalimdor, where they discovered that the island's dense jungles harbor many mysteries and more than a few unpleasant surprises.

The wildlife of the Lost Isles seem somewhat prehistoric; never-seen species of raptors, dinosaurs, and dodo-like creatures inhabit these long-forgotten lands. The Isles are covered with exotic forests, bamboo, and a new species of palm trees.

The majority of the Lost Isles is heavily overgrown, with giant ferns and trees evident everywhere. There are a number of deadly plants one must be wary of, especially in the Vicious Vale. The beaches are largely sandy and pristine, though the Alliance forces have inhabited a number of them in their attempt to thwart the Horde, including the Alliance Beachhead and the Tranquil Coast. The largest island also showcases the tallest peaks, including a supposedly dormant volcano that serves as the home of the pygmy "god", Volcanoth. The largest island also showcases some pristine waterfalls, including Sky Falls. There are a number of deep caves that run throughout both islands.

The only humanoids indigenous to the islands are the pygmies and naga, and neither have taken kindly to their lands being intruded upon. The pygmies have resolved to sacrifice the wayward goblins to their turtle god, Volcanoth, and have also turned a number of them into zombies. The naga attack anyone on sight within their ruins.

Though there are no pools to speak of, a fishing skill of 25 is needed to fish coastal waters without catching junk.

Goblins washed ashore after the battle between the Alliance and Horde will undoubtedly recognize Trade Prince Gallywix. As chance would have it, players inadvertently rescue him as one of their first courses of action, though many of his cartel may well have fed him to the sharks if they were able. The Trade Prince is the most notable adversary on the island, and it is only with the assistance of Thrall that he is cowed into submission and joins the Horde. Thrall is the second most high profile character (some would argue the most), and goblin players help rescue him from Alliance captivity.

Beyond those two, players encounter pockets of indigenous pygmies, none-too-pleased with goblins washing ashore. Who can blame them with the goblins' penchant for utterly destroying whatever lands they come in contact with?

Volcanoth is more than happy to devour any goblins sacrificed to him, and the pygmies waste no time in transforming those they capture into zombies. As if those dangers weren't bad enough, there are a number of naga to contend with, under the command of a Faceless general. The Alliance have pushed onto the island, taking control of various beaches; though their main objective is annihilating the Horde, they are not hesitant about expanding that mindset to the goblins.

See Lost Isles quest experience for a list of quests.

Most quests will pit players against Trade Prince Gallywix in one way or the other, as he is intent upon capturing and enslaving his own people. Multiple times players are sent to free their brothers and sisters, culminating in a final showdown with their despised cartel leader. When not dealing with the Trade Prince, goblins have other matters to attend to, like thwarting the pygmies in their desire to slaughter them all, or countering the machinations of the naga. Once goblins set foot upon the larger island, they realize they are not alone, as the surviving Horde from Draka's Fury are attempting to locate the Warchief, Thrall, and make their way off the island, despite the Alliance resistance. The orcish and goblin forces share a common bond, and thus quests will often find players assisting the orcs as well.

Note: Coordinates are not exact. General locations shown. Locations also depend upon phase. 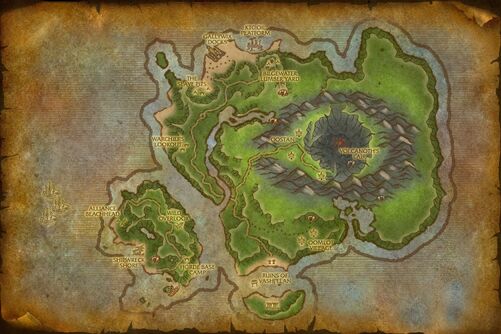 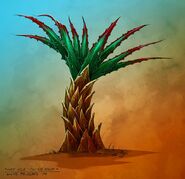 The Lost Isle in the "Maelstrom Continent" of Cataclysm 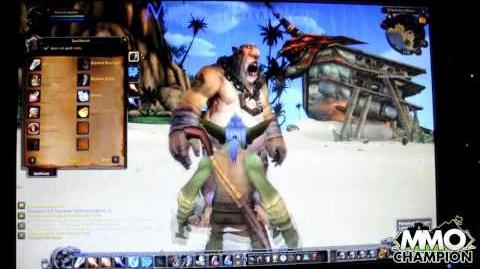 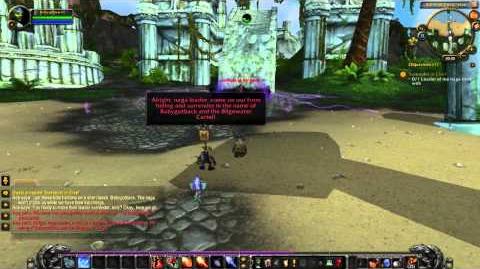 ScrollsofLore.com Of Goblins and Monkeys - That guy Nostra again.