Fireworks, Bonfires
The Midsummer Fire Festival is a seasonal event that celebrates the hottest season of the year. It starts on the (earthly) northern summer solstice, and lasts about two weeks (mid-late June to early July, usually). It is similar to the Lunar Festival and other holidays, featuring some useful buffs, food, and toys to play with.
Occurs June 21st - July 5th, 2022.

From Midsummer Fire Festival[2] on the old official website:

Ah, so you weren't chosen for Flamekeeper this year? Don't fret, my friend! The Midsummer Fire Festival isn't merely about that traditional honor; it's a time of merriment, a chance to celebrate the hottest season of the year by lighting great fires across the land and sharing in what the elemental spirits can offer. Come to our camps and join in the revelry!

The ending of the Festival seems to have been merged with the Fireworks Spectacular (previously named the "Engineers' Explosive Extravaganza") holiday:

The lengthy Midsummer Fire Festival traditionally ends with the sky itself being set alight. The goblins of Undermine have lent their considerable skill (and copious amounts of gunpowder) to the task, resulting in a tremendous fireworks show! Take up a festival mug and raise a toast to the season as the multicolored explosions dance across the sky above you!

[Reverence for the Flame]ω ϖ—Experience gained from killing monsters increased by 10%! 1 hour remaining.

Below are the items you can purchase with

[Burning Blossoms] at Midsummer Merchants and Midsummer Suppliers. You can get 22 Blossoms (minimal) for normal quests, 20 Blossoms every day through daily quests, and 840 (H)/830 (A) Blossoms from the bonfires.

[Burning Blossoms] can be earned through a variety of quests. The blossoms can be consumed for a small buff or saved for a variety of items including the [Brazier of Dancing Flames] or the [Captured Flame].

Players then are given access to quests based on their level:

A new chain of quests was added to the game, beginning at a Festival Talespinner. The end of the chain culminates in a daily quest to summon Lord Ahune, a new boss in the Slave Pens during the event.

According to Wowhead News, Ahune will now have a chance to drop [Frostscythe of Lord Ahune] and item level 600 cloak (

According to Wowhead News, Ahune will now have a chance to drop and item level 480 cloak (

The Flame Warden at each of your own faction's bonfires offers you Honor the Flame.

Right-clicking a bonfire of the opposite faction offers Desecrate this Fire!. The act of dousing a bonfire does not pull guards (though they will aggro as normal based on range and level - Wildhammer Stronghold in Shadowmoon Valley requires a flying mount or stealth to avoid aggro), making this a fast and easy way to generate money and Burning Blossoms. Be warned that dousing the opposite faction's bonfire will flag you for PVP combat.

The bonfires of capital cities have separate quests, and you cannot Honor the Flame of your own faction's Capitals.

There are a grand total of 100 bonfires across the four continents:

Interacting with the fires rewards different amounts of Burning Blossoms:

Here are the current amount of Blossoms you can collect: 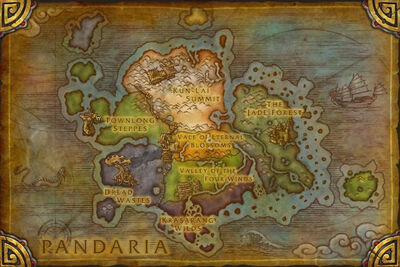 Each faction can loot the Flames of the opposing faction's cities, each of which starts a quest. Stealing all four cities' flames will offer the quest

Reward: [Crown of the Fire Festival] (no bonuses).

Note: Meta achievements are located in a separate table at the bottom of this section.

New items were made available to purchase like [Set of Matches] and [Igneous Flameling], and bonfires have been added to Draenor and the Broken Isles. In addition, Ahune now drops ilvl 850 cloaks.

Added: [Helm of the Fire Festival].

Previously, the Reveler set items could be used to get Burning Hot Pole Dance and then returned (within 2 hours of purchase) for a full refund, allowing you to use those Blossoms for other purchases. In 2010, Festival Garb (

[Mantle of the Fire Festival]

[Sandals of Summer]) is no longer refundable, so spend your Blossoms wisely!

Recent In-Game Fixes - 6/22/09 | 2009-06-22 22:59 | Bornakk
We are in the process of applying an in-game fix that will restart all of the quests associated with the Midsummer Fire Festival event and allow players to complete them once again. If you are in the process of completing an achievement such as Extinguishing Kalimdor, this fix will reset your progress and you will need start over. This fix will require realms to be restarted.

This fix allowed anyone who had already completed any bonfire quests in 2009 before the fix was applied to gather more Blossoms that year than are usually available. Completed achievements were not revoked, but partially completed ones lost all progress. The Striking Back quest for 67-70 characters was extended to 67-80, once again allowing 20 Blossoms per day from daily quests.

While the initial patch was to have reset all event quests, it proved incomplete in many cases. Many reported being unable to complete the "city flames" quests for Exodar and Silvermoon despite being able to repeat those for other cities. At least one realm was not reset properly the first time, and further issues were found.[5] A number of players have continued to have problems with the Exodar and Silvermoon city flame quests.

Wikipedia Like other seasonal events in WoW, the Midsummer Fire Festival is based on a real world holiday, in this case the predominantly European Midsummer festivals celebrated around the summer solstice. The ending fireworks are reminiscent of the Independence Day holiday celebrated in the United States.