Killed by Khardros Wildhammer during the War of the Three Hammers

The sorceress wife of Sorcerer-thane Thaurissan, Modgud, led the the assault on Grim Batol during the War of the Three Hammers. She was able to break through the gates of Grim Batol and devastate the fortress, although ultimately, she was killed by the leader of the Wildhammer dwarves, Khardros Wildhammer, during the battle.

Due to Modgud's death, however, an evil taint spread through the fortress. Realizing that Grim Batol was now uninhabitable, the Wildhammer dwarves sought out a new home in Aerie Peak. This evil taint corrupted the remaining Dark Iron dwarves that had fled the losing battle to the depths of Grim Batol, and warped their decendants into the Skardyn. 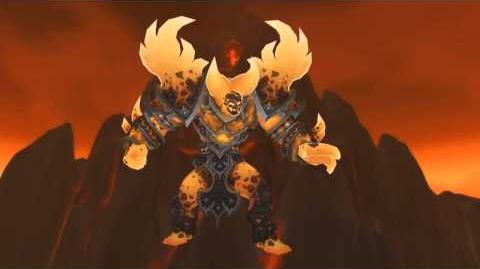