WoWWiki
Register
Don't have an account?
Sign In
Advertisement
in: Level 82 - 85 NPCs, Quests that have changed, Night elf quest givers,
and 4 more
English

<Druid of the Talon>

Guardians of Hyjal, Druids of the Talon

in Mount Hyjal. During the Firelands Invasion he is found at the Sanctuary of Malorne before moving into the Molten Front

, where he offers more quests.

Morthis used to be involved in the druid Swift Flight Form quest chain. The chain has since been removed, and Morthis has been relocated from his home in Zangarmarsh. He is no longer affiliated with the Cenarion Expedition.

Morthis will say the following to druids:

Ah, name! We meet once more. I helped you obtain your swift flight form in Outland.

<Morthis tightens his jaw and shakes his head, his withered eyes sad.>

These young druids today... they have it too easy.

Morthis at Zangarmarsh before the Cataclysm. 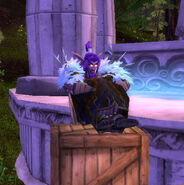 Morthis at the Sanctuary of Malorne. 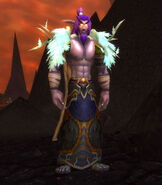 Morthis in the Molten Front.