West of The Barrens

The green, verdant plains of Mulgore are home to the noble tauren. Mulgore is nestled in the foothills of the Stonetalon Mountains to the north, and protected by a natural wall of mountains on all sides. The only pass through these mountains leads into the Southern Barrens to the east.

A land of windswept mesas and grassy plains, Mulgore is the tauren's ancestral homeland. Centaur often send raiding parties into Mulgore, and the tauren, now with the help of their Horde allies, beat them back. Tauren are naturally a nomadic people, and their tent cities are scattered across the landscape and change with the seasons and the weather. Now that they are members of the Horde, the tauren have constructed several permanent settlements, including fortified Dalsh-Beran and their capital of Thunder Bluff.[1]

Mulgore provides bounty for the hunt, as a diversity of wild beasts roam the rolling plains and climb the foothills of the surrounding range. In the northern section of Mulgore, the mesas of Thunder Bluff tower above the plains, casting long shadows. Bloodhoof Village is centrally located and surrounded by the clear waters of Stonebull Lake, and further south on the protected cliffs of Red Cloud Mesa, Camp Narache stands as the principal training camp for all young tauren.

Despite the serene landscape and the pine-scented breeze, Mulgore is fraught with trouble. Brambleblade Ravine and the sacred Red Rocks are overrun by quilboars. The goblin-run Venture Company infests the three sacred water wells of Mulgore as well as their Venture Co. Mine in the eastern mountain face. The Windfury harpy tribe lay claim to the extreme northern reaches of Mulgore and the southeast mountain face. A tribe of gnolls known as the Palemane make their home at the cave called Palemane Rock, as well in scattered camps along the southern mountains. Prior to the Cataclysm, the Alliance made its presence known at the Bael'dun Digsite, where dwarves scoured the mountains for traces of their shrouded ancestry.

This rich plain was once used by the night elves as prime hunting grounds. When the Great Sundering shattered the world, mountains pierced the earth and the night elves fled north. The mighty tauren made their home upon the low valleys and high plateaus after the night elves left. In time, the ash of upheaval disappeared and the once fertile grasslands returned. The aggressive centaur claim the right to the grasslands and have warred constantly against the tauren for supremacy of the land, but the tauren's mesa strongholds have so far proved impregnable. Mulgore is a landlocked region, with Desolace to the west, the Barrens to the east, the Stonetalon Mountains to the north, and the Thousand Needles to the south. Mulgore is the ancient homeland of the tauren, who live on the windswept mesas and roam the grassy valleys. Below the mesa's ridgeline are the vast emerald plains, which hold an abundance of life including prairie wolves, young kodo beasts, and tallstriders.

The centaur forces mercilessly hound the tauren throughout Mulgore. The tepee-like tents and crude hide huts that comprise tauren towns stand in stark contrast to the turning windmills and pulley structures that keep the tauren gristmills operating. Large, ornately carved totems dot every street and stand above every major structure.

Toward the eastern border, quilboar displaced from Durotar have started creating dens with thorned hedgerow barriers. For now, it is a small concern for the tauren, but if the bristly "boar men" encroach too far, there will be a price to pay. At present, the tauren are far more interested in what the centaur are up to. Mulgore is filled with a variety of antelopes, rabbits, and wild boar, making it the ideal place for game hunting. A tauren pastime involves hunting these animals to improve one's combat skills. The tauren rarely eat their prey, preferring to graze on wheat and grass that grow wild in the valley.[2]

Once nomadic, the tauren met with Thrall and his orcs when they landed on Kalimdor. Looking to the orcs for protection, they saw kindred spirits with honor and power. When Cairne led his people to Mulgore, they came upon what is now called Thunder Bluff. They constructed their capital upon the lofty mesas, and the city is now a center for trade and commerce. Ruling over the tauren in his old age, Cairne looks one day to hand the mantle of leadership down to his son Baine.

Every tauren vows to keep safe the golden plains of Mulgore.[3]

The quilboar activity has increased within Red Cloud Mesa, and now beginning Tauren hopefuls battle an increasingly powerful foe. The Grimtotem tribe has descended from the heights of Stonetalon Mountain and threaten Thunder Bluff and the surrounding areas. As if this weren't enough, the Alliance forces have pushed into the Southern Barrens, destroying Camp Taurajo. In response, the Tauren have constructed the Great Gate between Mulgore and that zone, barring what was once an open border. Another Alliance area, Bael'dun, has fallen, however, the dwarves within either chased away or killed by Agitated Earth Spirits.

Tragedy struck the great Tauren people with the death of their leader, Cairne Bloodhoof. This was orchestrated by Magatha Grimtotem, who poisoned Garrosh Hellscream's blade before the two leaders dueled. Cairne fell from only a shallow wound, and the Grimtotem swept into Thunder Bluff to take over the capital. The son of Cairne, Baine Bloodhoof, would never allow this to stand. Mustering his forces, he forced the Grimtotem from Thunder Bluff and Magatha from his father's throne. Magatha fled, and Baine now rules in his father's place.[4]

Mulgore is temperate with hills, plains (grassland), and some rugged mountains.[2]

Mulgore is a sheltered and pastoral valley surrounded by mountains on all sides, and accessible only through a pass to the southeast. Resembling a huge pasture, the area is covered with verdant green grass and few trees. An oddity of the landscape, the tall cliffs of Thunder Bluff tower over the fields in the center of the zone.

It is possible for non-tauren to explore Red Cloud Mesa without actually running all the way up. By hugging the cliff below, the area will appear on the map.

Mulgore contains no dungeons of any type and no battlegrounds.

The quilboar activity has increased at Red Cloud Mesa, so much that great portions of the normally fertile area has now been transformed into giant mazes of brambles. In addition, the usual pass between the Mesa and the remainder of Mulgore has collapsed. A new entry has been laid directly from Camp Narache north to the rolling grasses near Bloodhoof Village.

A path stretches down now from the hills that border Stonetalon Mountains. The Grimtotem are attempting to strike from this camp, but Baine Bloodhoof has other ideas. A new Tauren encampment has also been erected northeast of this embattled path, Camp Sungraze.

Despite the loss of their beloved chief, it seems the remainder of Mulgore has escaped the wrath of the Cataclysm.

Alliance: From Fort Triumph, travel northwest past the Ruins of Taurajo to Mulgore; either side of the gate.

Horde: From Desolation Hold travel north to the Ruins of Taurajo, then west to Mulgore; either side of the gate - players will have to sneak past the Alliance forces there.

Note: Though there are no pools, the waters within Mulgore can be fished successfully with a minimum skill of 25.

Mulgore is home to several tauren of status. From the base camp in Camp Narache, Chief Hawkwind sends promising young tauren out into the world. In Bloodhoof Village, Mull Thunderhorn leads the effort to cleanse the Mulgore water wells, and from his post on the road east of the village, Morin Cloudstalker seeks to eradicate the foothold the Venture Company has established in the land. Baine Bloodhoof, son of the great Cairne, has been chosen as chief of the village named after his bloodline.

Since it is the starting zone for the tauren, Mulgore quests range from level 1-10 in difficulty. Quests here often deal with driving out invasive creatures and protecting the land. Particularly important to young tauren is the Rites of the Earthmother quest chain, in which they learn the ways of the land.

An early black and white concept piece of the lands of Mulgore, a spiritual home of the tauren.

Northern Mulgore (Thunder Bluff is in the south) as seen in Warcraft III.

The Golden Plains of Mulgore.

The Great Gate separating Mulgore from The Southern Barrens.

Another view of the gate. 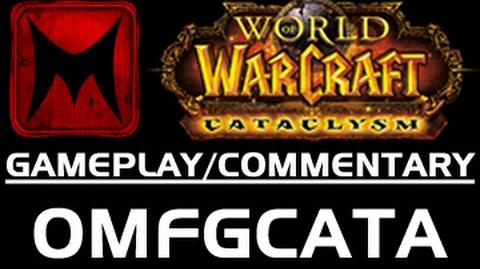