New Tinkertown is the starting zone for the gnomes as of

Cataclysm and includes the upper level of Gnomeregan. It is here surviving gnomes teleport to after having escaped their irradiated city. With

Mists of Pandaria, it received its own map.

Mists of Pandaria expansion, New Tinkertown now is more of a full separate zone with its own subzones. It also has a few pandaren monk trainers.

As Gnomeregan's exiles set out to reclaim their beloved capital from the treasonous Mekgineer Thermaplugg, we bring you a first look at how this wondrous techno-city will exist in World of Warcraft: Cataclysm. Following the conclusion of Operation: Gnomeregan, High Tinker Mekkatorque and his people have gained a foothold just outside the city in New Tinkertown. Soon, though, they'll find that the surface is rife with a host of new perils that they couldn't have prepared for.

Resolute in reclaiming their lost capital, Gnomeregan's exiles have begun an assault against the traitorous Mekgineer Thermaplugg. Traveling from their temporary residence in Ironforge, they are led by the esteemed High Tinker Gelbin Mekkatorque, leader of the gnomes, and seek to restore Gnomeregan to its past glory. In World of Warcraft: Cataclysm, new gnome adventurers will get to experience this ongoing struggle to retake their former home firsthand, beginning their journey in the besieged upper levels of the techno-city.

In the wake of Operation: Gnomeregan, survivors of the fallout will make their way to New Tinkertown, the gnomes' foothold outside their captured city. From there they will be called into action by the high tinker himself to help protect reclaimed gnomish land from new and imminent threats. As one of the newest recruits to this cause, your mettle will be put to the test when you face perilous trials like rescuing captured gnomish demolitionists, destroying a tunnel riddled with vicious troggs, and extinguishing toxic sludge that has begun to rise from the irradiated depths of the city.

Your most important mission, however, will be to thwart the plans of Razlo Crushcog, conspirator and ally of Mekgineer Thermaplugg. Before Chill Breeze Valley can be fully resettled, Crushcog must be stopped, and only your efforts can bring that goal to fruition. Gnomish know-how and engineering will be your allies, but your greatest weapons will be your wits and the will to fight the good fight... for Gnomeregan!

In World of Warcraft: Cataclysm, you'll encounter these challenges and more in the gnomes' new starting (levels 1-5) experience. Keep a good head on your shoulders and ingenuity in your pocket, and your contributions will help secure a proper home for your fellow gnomes.

As there is no flight master, players must travel either by foot or flying mount west of Ironforge. 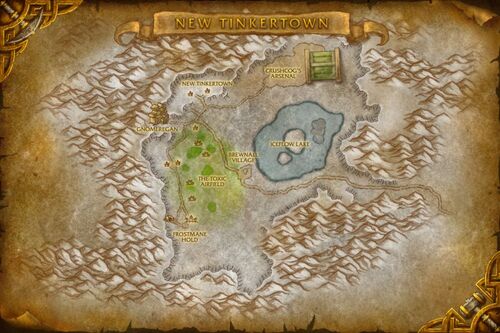 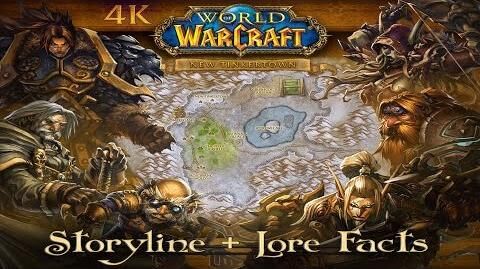 Web.Archive.org Tinkerown at archive of World of Warcraft: Cataclysm site