Noblegarden is an Easter event, taking place around the real-life holiday, based on the Western interpretation. Thus the event can occur anytime from the end of March to the end of April. Players can search for colored eggs hidden around the various starting areas (but not all of them).

The great feast of Noblegarden has long been celebrated by the races of the Alliance and recently adopted by those of the Horde. On this joyous day, it is customary for the nobles and lords from each race to hide coins, candy, and the occasional treasures within special eggs painted to look like wildflowers. These eggs are then scattered around the major cities for the citizenry to find. From heroes to commoners, and everyone in between - the feast of Noblegarden is meant to bring communities together to share the joy of life and friendship.

Traditionally, it is held on Easter Sunday. The 2009 date was delayed by the release of Patch 3.1.0 and was moved to April 26 and end May 2. As of Noblegarden 2009, there are city barkers and quest givers directing the player to the celebration site.

Starting in 2018, the following items are transmogable during the event:[2]

For one week, players can find Brightly Colored Eggs scattered about the starting towns:

Inside each egg will be at least a piece of [Noblegarden Chocolate]. There's also a chance when collecting the egg that you will gain a buff that transforms you into a rabbit for an hour. Eggs also have a chance to contain quest items (for the first quest) and any of the event items available for purchase (see vendors below). The only exception is that an egg will never contain another egg.

Chance for a [Cursed Rabbit's Foot]​ which reportedly will allow you to lay larger, non-sparkly eggs.[citation needed]

The following quests are available for Noblegarden:

areas) sell the following items in exchange for [Noblegarden Chocolate]. Vendors can be found at each of the eight event sites.

Noble Gardener, itself a part of

What A Long, Strange Trip It's Been.

This is a strategy specifically for the achievements listed above. [4][5]

Head to your favorite city of choice. Your mission now is to collect 355

eggs. If you collect any of the following (from finding inside eggs, or borrowing a tuxedo from a friend) you can subtract the amount listed from 355

. Do not purchase anything until the end, to minimize the number of eggs you gather. If you are a mage, be sure to add an additional 100

if you are interested in the [Tome of Polymorph: Rabbit].

There are generally two strategies for collecting eggs as fast as possible. You can equip your [basket], bind it to a key or button, and keep its buff up as much as possible, running around picking up eggs. Some people prefer camping instead - finding a spot with a lot of spawn points to minimize movement. It's also easy to work on the

Chocoholic achievement as you go by eating your first 100

eggs. Once you have all of your eggs, you should now purchase or borrow from friends any remaining items.

Here are some tips for the remaining achievements:

To be able to identify race and gender for shapeshifted druids, gender-ambiguous blood elves, or if you simply have poor vision, here's a macro:

Target a character, and when activated the macro will print in the chat window whether it is male or female, the level, the race and if it has the Sprung buff already or is clear. From the information given you must decide yourself if you want to shake your bunny maker at it. When copy/pasting the macro text, be sure to remove a possible space before the "/run".

Being helpful to others

To help other players get their achievements, you can do the following things:

In the official Blizzard scenario map for Warcraft III called "Funny Bunny's Easter Egg Hunt", Easter Bunnies and Evil Bunnies come out around the time of Noblegarden to find eggs. They compete with each other to find as many eggs as possible, valuing rare golden Easter eggs. They live in Easter egg houses. 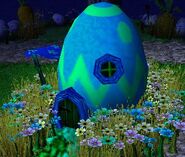 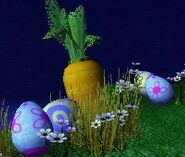 Easter Egg patch
Add a image to this gallery

Many players may have noticed that Noblegarden has been removed from the in-game calendar. While the event is not being removed from the game, it is being delayed slightly and will not occur as originally scheduled on April, 12. We will be implementing this event at a future date, however.

There have been many additions made to the event including a change to the length of which the event runs (1 week) and additional content for players to enjoy. We look forward to sharing this new experience with you. 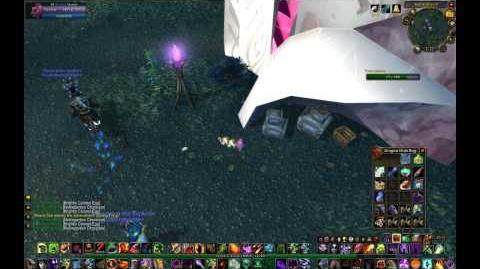 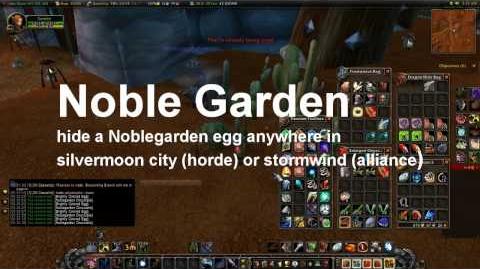 Noblegarden Achievements Guide
Add a image to this gallery