Hereditary monarchy and the House of Nobles

,  and the Northshire Vineyards

are located. The Northshire River

also flows through it. This is where the human starting area is located, though the valley is visited by adventurers from all over the world.

Northshire Valley is surrounded by impenetrable mountains, with the exception of a pass to the south which is protected by thick stone walls and guarded by Stormwind Guards. A river runs through the valley, which eventually exits Northshire and empties into Crystal Lake.

The guards of Stormwind have trouble maintaining the peace in Northshire Valley due to an increase in activity from various threats. Prior to the

Cataclysm, the guards had to contend with wolves inhabiting the woods, kobolds infesting the areas in and around Echo Ridge Mine, and the Defias Brotherhood thugs and pillagers led by Garrick Padfoot attacking the vineyards. Now, though, the Blackrock orcs, under command of Kurtok the Slayer, have invaded the vineyards completely, setting fire to much of the eastern half of the Valley. Echo Ridge Mine has been indefinitely closed, but goblin assassins lurk throughout the area.

By foot or mount through northern Elwynn Forest. 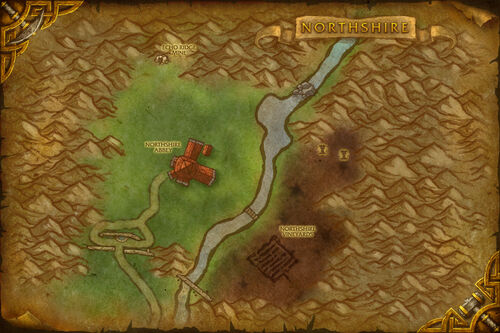 There are no resources within the valley. 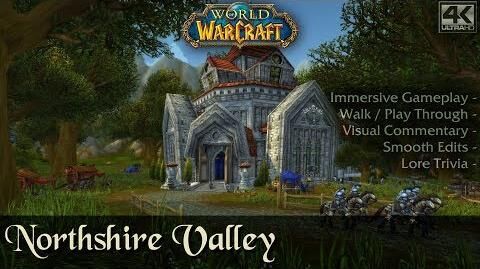