"Behold, Noth the Plaguebringer. Responsible for the creation of the process that distills the souls of the living and places them within the cold cage of undeath, Noth was observed to be refining this process even now."
—Commander Eligor Dawnbringer

Noth the Plaguebringer is the first boss of the Plague Quarter in Naxxramas.

Once a notable wizard and alchemist of Dalaran, Noth heard the Lich King's call as Arthas and Kel'Thuzad did. He was quick to turn his back on the Light and joined the Scourge, where he believed that real power lay. During the Third War, Noth saw that many innocent lives were needed to feed the growing might of the Scourge and he came to a point where he started opposing himself. Kel'Thuzad resolved the matter by freezing his heart in his chest with his frost magic.[citation needed] Noth the Plaguebringer, now more undead than human is an extremely powerful necromancer with a various array of deadly spells and curses.

Curses ten random players. If they are not decursed within 10 seconds they will inflict Wrath of the Plaguebringer on themselves and all allies within 30 yards.

For every missed curse everyone within 30 yards will suffer 5550 to 6450 immediate shadow damage and 3150 to 3850 shadow damage every two seconds for ten seconds. This application of 23,000+ damage to the entire raid will generally cause a wipe.

He blinks periodically throughout the fight, causing a complete Aggro wipe. Cooldown is around 25 seconds when he is in the room, and he only travels a short distance.

He will cast this every time he blinks, on those around where he blinks FROM, doing an AoE debuff that slows movement by 50%, attack speed by 100% and reduces strength by 50%. Dispellable.

Every 110 seconds of combat Noth will teleport away to a balcony and become invulnerable while waves of skeletons attack the raid. Phase two lasts 70 seconds after which Noth will commence phase one again.

Curses three random players. If they are not decursed within 10 seconds they will inflict Wrath of the Plaguebringer on themselves and all allies within 30 yards.

For every missed curse everyone within 30 yards will suffer 3700 to 4300 immediate shadow damage and 1313 to 1687 shadow damage every 2 seconds for ten seconds. Unlike the 25-man version this is healable as you may not have any decursers.

Every 110 seconds of combat Noth will teleport away to a balcony and become invulnerable while waves of skeletons attack the raid. Phase two lasts 70 seconds after which Noth will commence phase one again.

A relatively simple fight to start the Plague Quarter. You will need 2-3 decursing classes and 2-3 tanks. The skeletons in the encounter will spawn from the bone piles in the room.

Noth hits quite lightly on the tank but will blink fairly often and reset threat. This is not terribly dangerous though DPS should slow and cripple should be dispelled to allow the tank to reestablish threat. Noth will use Curse of the Plaguebringer every ~50 seconds which is the crux of the encounter. Failure to decurse this generally results in a wipe. The offtanks should pick up the Plagued Warrior spawns but DPS should focus on Noth while he is in Phase One in order to kill him before two skeleton phases.

When Noth returns, he will almost immediately cast Curse of the Plaguebringer, if this is decursed properly it should be a kill.

As with the 25-man encounter, prompt removal of the Curse of the Plaguebringer is critical. Cripple should also be dispelled as soon as possible, especially on the tank. It is possible to heal through one missed curse/wrath, but the total damage to the raid can be as much as 100,000 per application and this should be viewed as a last resort.

If no decursing is available, those targeted with the curse need to run to three separate locations more than 30 yards from the raid, so that Wrath only hits them.

Easiest for entry-level raids is to pursue a slow and steady strategy, where some dps is devoted to keeping the skeleton adds down to a reasonable number, and it is accepted that Noth will reach phase 2. This is most reliable if the raid has good healing endurance but overall dps is less than 14000. Assigning two dps (as well as a tank) to adds should be enough.

A quicker strategy, for raids with good dps (14000 or greater) and a suitable tank, is to tank all of the skeleton adds and just burn down Noth. In this case the goal is to kill Noth before he enters Phase 2, avoiding the Plagued Warriors entirely. If dps comes up short it is not necessarily a wipe, but as many as eight adds will be up at the beginning of Phase 2. Alternatively, this strategy can be done intentionally and the adds can be aoe'd down as a group at the start of phase 2. This tactic can be used for a group with two solid tanks and two heals focuses on each, as well as suitable aoe damage dealers.

In either case, two tanks are needed — one to pick up the adds as they spawn on the bone piles, and one for Noth. The better geared tank should be assigned to add-tanking as the damage output of the skeletons will be greater than that of Noth once five or more of them are being held.

Noth is also a quest giver in the death knights' instanced starting area, the Scarlet Enclave, down in the Havenshire Farms where he is involved in the following quests:

[55] An End To All Things..., starting phase 4: the Battle for Light's Hope Chapel, he can be found at the Plague Cauldron in The Noxious Glade.

It might look like an ordinary pumpkin patch now, but when the plague cauldron is placed it will be come a source of disease, rot and plague!

When asked "Noth, where is Heigan?", he will respond with any of the following:

How to solo Noth the Plaguebringer as a lvl 85 Paladin 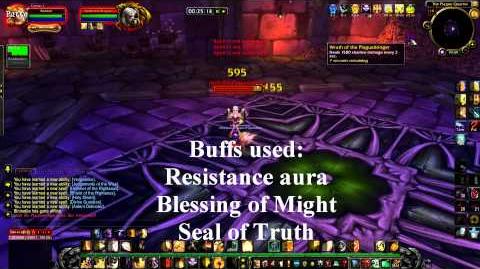 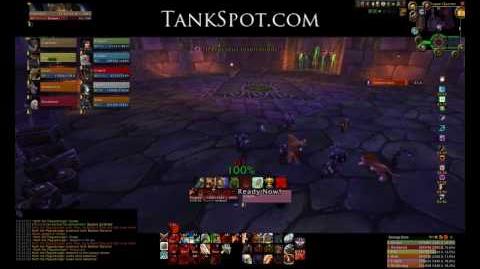 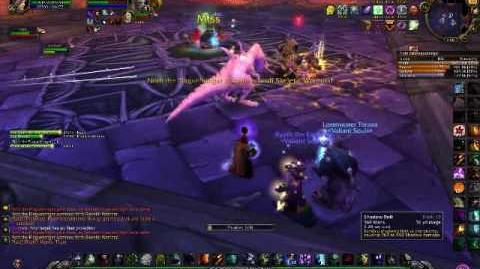 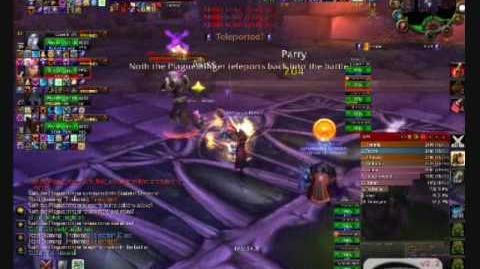 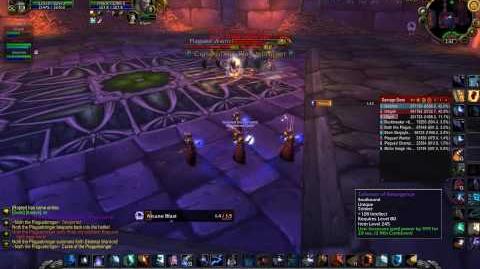 RaidStrats Noth Strategy for both Normal and Heroic difficulty