The Oculus is a 5-man wing of the Nexus in Coldarra (a subregion of Borean Tundra in Northrend) designed for level 80 players. The Oculus is a tower of "magical rings" that float above the ground and the first instance to allow players the use of certain flying mounts. The gate of the oculus is located directly above the nexus gate, requiring the rampway to reach.

Now Malygos uses the Arcanomicon to locate and tap into the ley lines, diverting the magical powers that course beneath the earth to his home base in Northrend, the Nexus. Once harnessed, the energies are focused through the Nexus' ascending rings and blasted into the Twisting Nether. Malygos' redirection of the ley lines has carried disastrous consequences, however – splintering the world's crust and opening unstable rifts: tears in the very fabric of the magical dimension.

The entrance to the Oculus is located one level above the Nexus portal in Coldarra. Players must be at least level 75 to enter.

Players start by fighting around the rings and then teleport up a short distance in order to choose a drake. These drakes allow you to fight in the air while progressing through the instance. There are three different drakes, each with its own special abilities. Which drake you choose is independent of your character, for example: a healer may choose to use a tanking drake.

The Amber Drake used in Oculus

The Emerald Drake used in Oculus

The Ruby Drake used in Oculus

Oculus
Add a image to this gallery 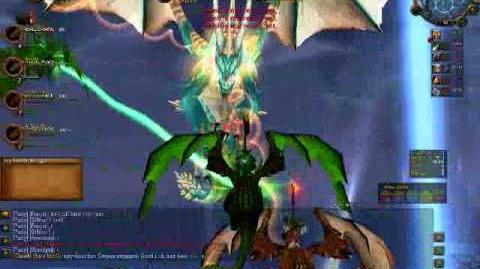 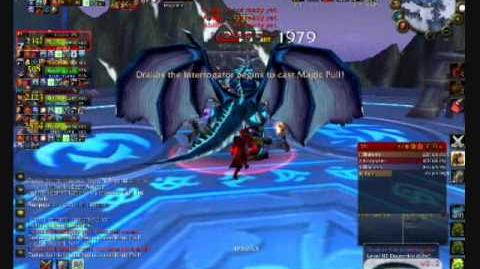