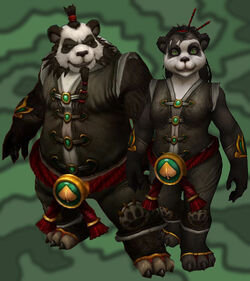 The World of Warcraft expansion, Mists of Pandaria introduced a new race, the Pandaren. Pandaren are the first "neutral" race in World of Warcraft. After completing a series of quests, you can decide whether to join the Horde or Alliance.

Denizens of a wondrous and fertile land, the pandaren once labored under the oppressive thumb of a monstrous race of ancient warlords known as the mogu. Through tenacity, diplomacy, and a unique form of unarmed combat, the pandaren staged a successful revolution that deposed the mogu and established a pandaren empire that would prosper for thousands of years.

Honorable and filled with a love of good company, good food -- and every now and then, a good friendly brawl -- the pandaren have been content to live in seclusion, allowing their culture to flourish and thrive away from the influence of the outside world. However, every now and then, a pandaren is born with a thirst for adventure that rivals his or her thirst for a strong drink, and he or she strikes out to explore beyond Pandaria’s shores. One of the most famous such wanderers was the brewmaster Chen Stormstout, who set out looking for exotic ingredients for his special ale and wound up an integral part of the founding of the Horde.

During the bleak days that preceded the sundering of the world, when demons flooded onto Azeroth and threw the entirety of the mortal realm into jeopardy, the last Emperor of the pandaren discovered a way to protect his land from the devastation. His deal with fate shrouded his land within an impenetrable mist for ten thousand years, but the nature of his transaction has left Pandaria haunted ever since...[1]

You are a pandaren. Born and raised on the mysterious Wandering Isle. While many of your fellow pandaren prefer a tranquil life, the lure of adventure burns in your blood.
Recently, the Wandering Isle has begun erratically weaving about the world's oceans. The air grows cold and your island home is spiraling towards disaster...
As one of the most promising of students at Master Shang's monastery, you may just be the salvation for your people. But first, you must complete your training...

All pandaren players start as

Neutral at the starting zone of the Wandering Isle.

At around level 10, after completing a starting zone quest chain, players will encounter the quest

Aysa Cloudsinger and she will instruct you in the way of Tushui through meditation, rigorous training, and moral conviction.

Ji Firepaw and he will drive you in the outgoing, passionate way of Huojin, believing inaction is the greatest injustice.

The pandaren racial ground mount was confirmed to be a dragon turtle on May 23, 2012 via an official blog.[4] The flying mount was not confirmed, but was presumed pre-launch to be a [Pandaren Kite].

Pandaren Monk in the starting zone. 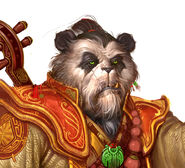 Artwork of a Pandaren.

A Pandaren Monk in combat against a crane. 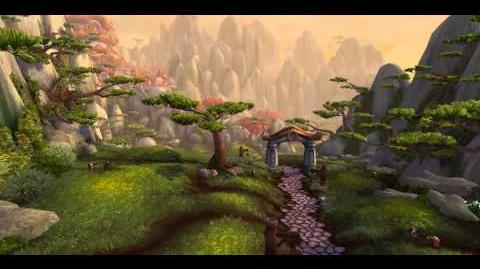 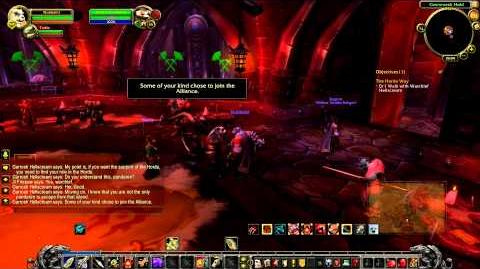 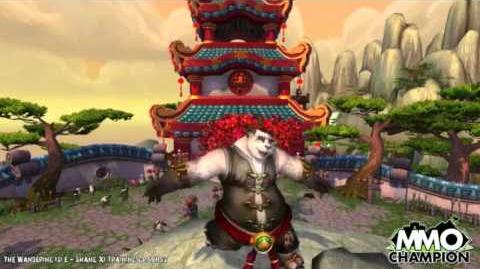 Official World of Warcraft: Mists of Pandaria site (US) Meet the Pandaren

TenTonHammer.com The Real Life History of the Pandaren by Saia, Nov 01, 2011

BlizzPlanet Mists of Pandaria: What would be a good Pandaren Mount? By Medievaldragon – October 31, 2011
Polski Русский
Community content is available under CC-BY-SA unless otherwise noted.
Advertisement