Pandaria is a legendary place of bambus forests[citation needed] and the mysterious pandaren of the Pandaren Empire located in the southern oceans of Azeroth, somewhat mirroring Northrend in location.[1]

Shrouded in fog by Shaohao using Sheilun, Staff of the Mists since the world was sundered more than ten thousand years ago, the ancient realm of Pandaria has remained unspoiled by war. Its lush forests and cloud-ringed mountains are home to a complex ecosystem of indigenous races and exotic creatures. It is the homeland of the enigmatic pandaren, a race that celebrates life to the fullest even while under siege by an ancient menace.

The new continent reveals itself to a broken world just as the Alliance and Horde are spiraling ever closer to a war that will consume all of Azeroth. Will the mists of Pandaria part to reveal the world's salvation? Or will the battle to control this rich and breathtaking new land push the two mighty factions over the brink of war and into total annihilation?[2]

Pandaren hail from the distant island nation of Pandaria, which non-pandarens have never seen or ever visited to this day.[3][4][5] The Pandaren Empire was founded before the Great Sundering of the world, and is believed to be just as old as the Kaldorei civilization. It shared and traded resources, goods, ideas, and mystic knowledge with the haughty night elves of central Kalimdor in the years before the War of the Ancients. As the night elves' obsession with the forces of magic drove them to the brink of madness, the gentle pandaren severed ties, withdrew, and closed their borders,[6] and left the night elves behind forever. The pandaren clans, or "shao'dins", traveled far across the seas and established crude but beautiful cities of stone and sturdy bambus reed on an island they named Pandaria.[7] In time, they built a new empire on the island. For ten millennia, the world had forgotten the pandaren. Shortly after the Third War, though, a few reappeared — perhaps roused from their isolation by the Burning Legion, whose catastrophic coming shook the world.[8]

The pandaren have chosen to keep the location of their island a secret and most are content to remain there, with only the rare few individuals choosing to leave and see the outside world.

A splinter group of pandaren arrived on Kalimdor in the aftermath of the Third War and have established a settlement in the Stonetalon Mountains of Kalimdor,[3] but the location remains as secret as that of their island homeland.

Pandaren society has changed from its origins. Where once the pandaren were a mighty empire, standing proud beside their night elf allies, now they are a simple people who want only peace and a safe home. Yet the world is a dangerous place, and only through an acceptance of the violence that comes with life can the pandaren continue to prosper.

Pandaren society is, in many ways, compartmentalized. At their core, the pandaren treasure peace and creativity. Most pandaren are poets and singers, and the craftsmen of their culture are truly revered. The danger of their lives, however, has necessitated the evolution of a class of warriors to defend those ideals — it is these warriors, from the simplest pikeman to the great shodopans, who ensure that Pandaren culture survives.

Even the lowliest pandaren is capable of defending himself, using the fangs and stubby but needle-like claws that are a natural part of his body. All pandaren can use these natural weapons to fight and hunt, as pandaren grow up playing rough and tumble games meant to hone their abilities while learning the admonishments of their elders that such things are a last resort. In general, pandaren prefer to use the weapons they craft, feeling that their natural weapons hearken back to a primal time.

Pandaria is apparently known for its gems (which are apparently magical). The red dragons believed that three crushed gems from Pandaria are one of the components needed to rejuvenate the Sunwell.[9]

On July 28, 2011, Blizzard Entertainment registered the trademark "Mists of Pandaria", with international codes 009 and 041 which appear on online games. The name was confirmed to be the next expansion[10] after

Cataclysm. According to the intro panel, the continent of Pandaria has been magically shrouded in mist since the Sundering. The expansion also introduced a new playable Pandaren race.

Pandaria is the southern mirror of Northrend, so it would appear between the southern tips of Kalimdor and the Eastern Kingdoms.[1]

Count Splatula, a helpful MMO Champion forum poster made a mock-up of how the updated Azeroth map might look...

The mock-up as pretty close to what appeared in the

The following islands were added to the Pandaria map in Patch 5.2:

The following island was added to the Pandaria map in Patch 5.4:

Alliance players will start by meeting with

Sky Admiral Rogers. The gunship will then fly the player to Pandaria where they will progress through a series of quests before ending up at Paw'don Village.[15]

Horde players will start by meeting with

[85] The Art of Warω τ ϖ) who tell them to meet him aboard the zeppelin Hellscream's Fist. The zeppelin will then fly the player to Pandaria, complete a few quests and then end up at Honeydew Village in the Jade Forest.[16]

Getting there in Beta

Initially in the Beta, there were pandaren placeholder NPCs with the title <<Portal Panda>> near the bank in Orgrimmar and the Trade District bank in Stormwind City that offer to teleport players to either the faction Jade Forest coastal starting subzones (

Dawn's Blossom in the center of the region.

While the Jade Forest was closed for a revamp between builds 15762 and 15913, Adm'rl Placeholder <Most Interesting Questgiver in the World> offered to teleport players to Valley of the Four Winds.

Players will have to reach level 90 before they can learn to fly in Pandaria by purchasing [Wisdom of the Four Winds] from flying trainers in the Vale of Eternal Blossoms. Specifically, the new skill costs 2500

Cloudrunner Leng <Flying Trainer> in the Shrine of Seven Stars or

Skydancer Shun <Flying Trainer> in the Shrine of Two Moons. You may be able to get a discount with Golden Lotus reputation.

Map of Pandaria for the 2012 Press Event.

Close-up of rough map from BlizzCon 2011.

A picture of Pandaria, taken from the official Blizzard trailer.

Rough map of Pandaria from BlizzCon 2011.

Map of the Wandering Isle start zone as presented on BlizzCon 2011. 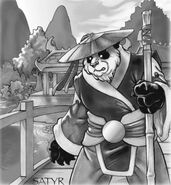 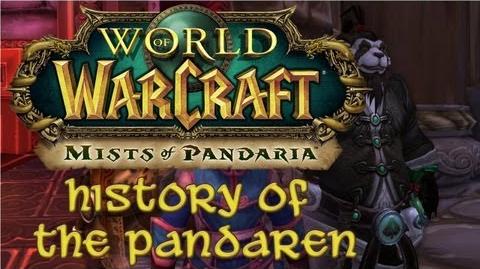 Mists of Pandaria - History of the Pandaren 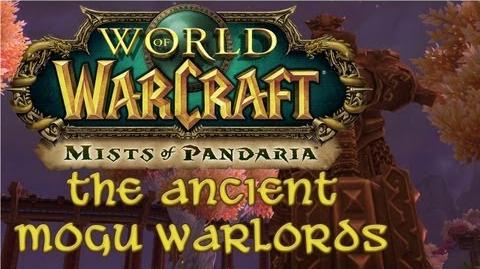 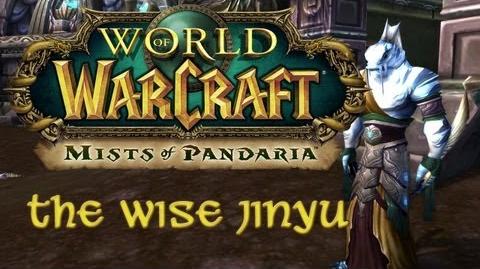 Mists of Pandaria - The Wise Jinyu 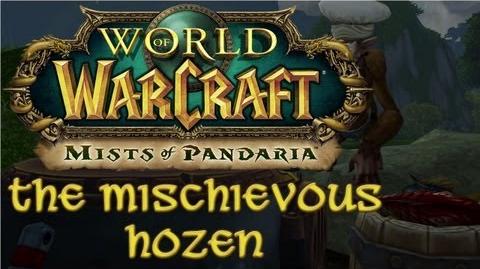 Mists of Pandaria - The Mischievous Hozen 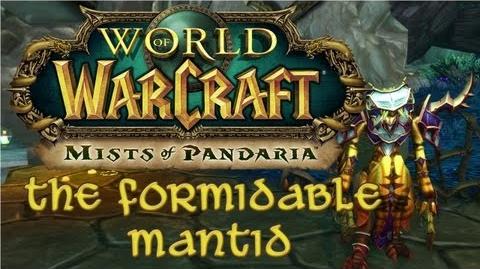 Mists of Pandaria - The Formidable Mantid 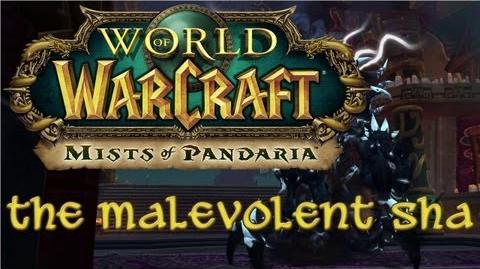 Mists of Pandaria - The Malevolent Sha

Official Mists of Pandaria site (US) Welcome to Pandaria (map)

WoW Insider Know Your Lore: The story of the mists by Anne Stickney Aug 7th 2011 at 6:00PM