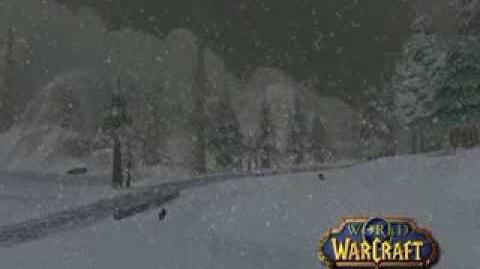 Adventurers of Azeroth can now quest to upgrade their previous Rare-quality Dungeon set to a new, higher-quality set, including epic gear! These tasks include all-new boss encounters, so prepare your finest group of dungeon-delvers and prepare for a challenge!

Click here[1] to see the new armor and their stats.

Weather has been introduced in the following areas around Azeroth:

We will be adding more weather to the world as time progresses; this is simply the beginning!

Along with the new Armor Sets, the high-level 5-10 man dungeons have received some changes regarding loot. Many items have been improved in quality and use. In addition, several epic items, such as Headmaster's Charge and the Runeblade of Baron Rivendare, have had their drop rates significantly increased. In order to preserve the challenge of these dungeons, they have had their instance caps lowered. Stratholme, Scholomance, and Blackrock Depths now allow a maximum of five players inside, and Blackrock Spire allows a maximum of ten.

Quest Experience for Gold at Level 60

Previously, quest experience was wasted if one completed a quest at level 60. In this patch, any quests done at maximum level will have their experience reward converted to a healthy amount of gold, thus adding additional incentive to completing those quests in your log once you hit 60.

If you're making several jumps to get to your destination, you will now be able to choose that flight path from your initial Flight Master. The costs will remain the same, but you no longer need to manually click on each path. The UI has also been improved significantly.