“Rise of the Blood God” 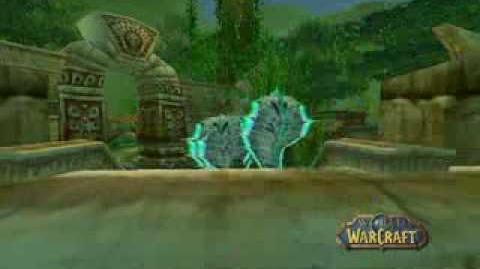 Hidden within the jungles of Stranglethorn, an ancient Troll city full of peril has been uncovered. Do you have what it takes to delve into its mysteries with a band of hardy explorers? There's only one way to find out! Zul'Gurub is a high-level, 20-man raid instance with 120 new rare and epic items to uncover. Adventure awaits!

Join the League of Arathor or the Forsaken Defilers as they battle for the precious resources stockpiled within the latest Battleground, Arathi Basin! Pitting 15 members of each faction against each other, the race is on to be the first to 2000 resources, capturing strategic landmarks around the Basin to increase your team's gain and cripple the enemy. With an all-new set of reputation-based rewards, there's never been a better time to join the war!

The Stranglethorn Fishing Extravaganza is a grand new event set along the coasts of Stranglethorn Vale. Early on the appointed day, friendly neighborhood goblins will visit Ironforge and Orgrimmar to inform aspiring anglers of the grand tournament and give instructions. At the appropriate time, the shout will ring out across Stranglethorn to bait your hooks and cast your lines!

IMPORTANT: The first time you enter the game with this change, you must make sure all your addons are enabled, or their saved variables will be lost! If you accidentally do this once, you can recover by quitting the game, moving your backup SavedVariables.lua into place and restarting the game with addons enabled.

You can query to see if an addon is loaded by using the new IsAddOnLoaded("addonname") function, and you can load an addon dynamically using the LoadAddOn("addonname") function. This function returns true if the addon is loaded successfully, and can be safely and efficiently called even if the addon is already loaded. For your convenience, the function UIParentLoadAddOn("addonname") is provided which will attempt to load the addon and pop up an error message if it failed to load for any reason. Once an addon is loaded, the ADDON_LOADED event is sent, with arg1 set to the name of the addon. An addon can listen for that event, and when it receives that event with its own name, it can safely access its saved variables. An important thing to note is that when an addon is loaded dynamically, it doesn't have access to any of the virtual frame templates that are defined by FrameXML, including font definitions.