Edit this page
watch 03:54
'World of Warcraft Wrath of the Lich King' - Patch 3.1 Secrets of Ulduar
Do you like this video?
Play Sound

Patch 3.1.0 is the first major content patch for World of Warcraft: Wrath of the Lich King. Among the highlights of this patch are the opening of the much anticipated Ulduar raid, the Argent Tournament and many notable class changes. API Changes have been summarized at Patch 3.1.0/Consolidated API Changes. Undocumented changes can be found on Patch 3.1.0 (undocumented changes). 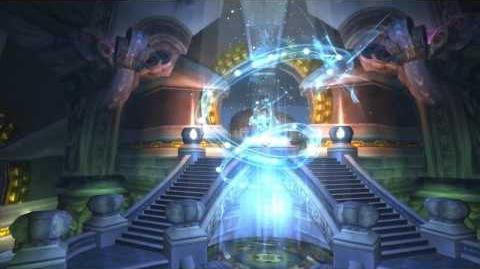 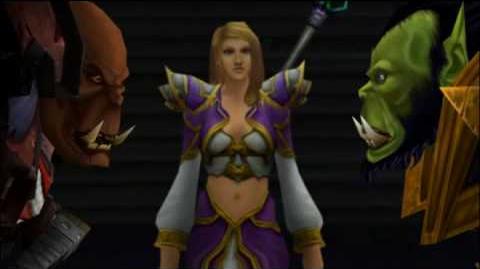 Rhonin says: How? How could we have missed this until now?
Jaina Proudmoore says: Ahem.
Rhonin says: Ah King Varian, thank you for coming on such short notice.
Varian says: What's this all about Rhonin?
says: I've, I've called you here to ask for your help, while our efforts against the Lich King press on, Brann here has brought us frightening news of the horrors beneath Ulduar and of it's dark prisoner.
Brann Bronzebeard says: Prisoner? Ha! With its bindings shattered, its influence unchecked, it's gonna come after us and we're gonna be the prisoners.
Rhonin says: You can see now what we're up against. If this evil is not stopped then the armies of the death god will march on our doorstep.
Jaina Proudmoore says: Oh no. You'll have to excuse me.
Varian Wrynn says: Well what do you propose we do?
Jaina Proudmoore says: Thrall what are you doing here so soon?
Thrall says: The summon sounded dire Jaina what's happened?
Jaina Proudmoore says: Brann Bronzebeard's forces assaulted the gates of Ulduar, they battled the Iron Lords and their cursed minions. He, he won't stop talking about this presence he felt, permeating the great halls, stirring in their minds, chilling their blood, he said the horror that the Titan's imprisoned so long ago, Yogg Saron, has awakened.
Garrosh says: I want to see this dwarf.
Thrall says: Garrosh!
Garrosh says: To see the fear in his eyes,then we'll know if he's telling the truth.
Jaina Proudmoore says: No no wait!
Rhonin says: We're going to need all the help we can get if we are
Jaina Proudmoore says: Thrall!
Varian says: What?! What are they doing here?
Rhonin says: Let me explain!
Garrosh says: I thought I smelled the stench of Alliance pigs
Thrall says: Control Yourself!
{{Text|Say|Varian|You want my blood? Come then dog!
Jaina Proudmoore says: Stop it!
Rhonin says: We have all lost a great deal in this conflict but we stand to lose everything if we do not stop fighting and work together.
Garrosh says: A true warchief would never partner with cowards.
Varian Wrynn says: At the Wrathgate the Horde's partnership killed more of our men than the Scourge. I'm done with your Horde may this death god take you all.
Thrall says: You disappoint me Garrosh.
Garrosh says: Ha.
{{Text|Say|Rhonin|The old god is laughing, toying with us.
{{Text|Say|Jaina Proudmoore|Who will be our hope?
Rhonin says: Who will stand and face Yogg Saron?

Strand of the Ancients

WoW Insider WoW Archivist: The triumph and tragedy of Ulduar by Scott Andrews Jan 4th 2013 9:00AM