“Call of the Crusade”

The added ability to cast four totems at once is available as three spells learned from a shaman trainer: Call of the Elements (at level 30), Call of the Ancestors (40), and Call of the Spirits (50). Each spell can cast a different set of totems. 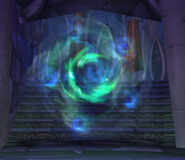 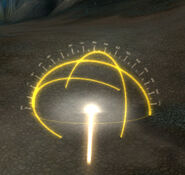 The new targeting graphic is now a 3D orb.