“Fall of the Lich King”

Patch 3.3.0 is a content patch that included Icecrown Citadel as a new raid instance as well as three 5-player dungeon wings in the Frozen Halls. Patch 3.3 was to be the last major patch before the release of World of Warcraft: Cataclysm. Undocumented changes can be found at Patch 3.3.0 (undocumented changes). 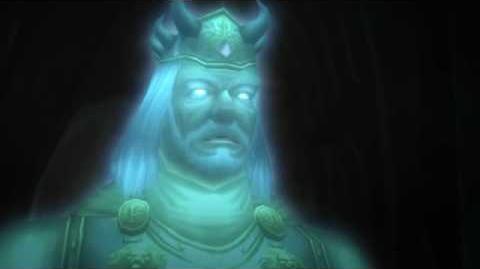 Looming over the stark wastes of Northrend, Icecrown Citadel awaits those who would see the Lich King and his Scourge brought low and the threat they pose wiped from the face of Azeroth. The heroes who venture within will face some of the greatest horrors yet seen. But before you burst into the front gate of the citadel, an alternate means of entry beckons. Journey through three separate wings of the new five-player dungeon, Icecrown Citadel: The Frozen Halls, and follow Jaina Proudmoore or Sylvanas Windrunner into the Lich King's domain.

All across Northrend, many battles have been fought against the vile Scourge. Countless lives have been lost since the Alliance and the Horde first reached these frozen wastes, but the champions of Azeroth continue to march forward—and Icecrown Citadel, the cornerstone of the Scourge's power and the home base of the Lich King, is their final target. Tirion Fordring and the Argent Crusade have forged an accord with Darion Mograine and the Knights of the Ebon Blade to form the Ashen Verdict. This coalition's strongest combatants, along with the champions of the Alliance and the Horde, will lead the charge against the citadel. In the new Icecrown Citadel raid dungeon, Azeroth's mightiest will face terrifying challenges before ascending to the Frozen Throne, where the Lich King and his runeblade, Frostmourne, await to deliver the heroes to their deaths...

Fall of the Lich King Transcript

The Dungeon Finder is now available, providing players with quick and easy access to five-player parties. This feature connects all realms within a battlegroup using an advanced matchmaking system, making it easier for players of all levels to find a dungeon group. In addition, players can reap additional rewards through the Dungeon Finder by choosing the Random option, which is available to both pick-up and pre-formed groups. Check out the User Interface section for more details.

Getting Started and Quest Tracking

A number of changes have been made to World of Warcraft's introductory experience, including updated character and class information at the character-selection screen, more robust tooltips with images, improved health and mana regeneration at lower levels, and adjustments to various classes designed to make it easier for players to get started. In addition, all-new quest-tracking features have been added to assist players in finding objectives, including new interface functionality in the quest log, the map ("M" key), and the Objectives pane.