WoWWiki
Register
Don't have an account?
Sign In
Advertisement
in: Articles with non-standard external links, Battle for Azeroth stubs, World of Warcraft patches

Edit this page
watch 03:29
'World of Warcraft: Battle for Azeroth' Pre-Patch Survival Guide
Do you like this video?
Play Sound

Battle for Azeroth pre-patch build 27101 was released to Live realms on July 17, 2018. This same build on the PTR was still incompatible with PTR realms (verified only for Mac OS X build).

Build 26838 appeared on the PTR around Jun 15, 2018. This was the first build that seemed to be uniquely pre-patch as subsequent builds with same number appeared on PTR and BTR nearly simultaneously until after build 26892.

Release day did not go well.[1] A login problem prevented man users from even playing and under-testing the new World of Warcraft Communities feature may have been the cause (very old accounts clogged up the system).[2] Blizzard acknowledged the problems, but could do much in the next few days to fix them.[3] There was quite a bit of blowback based on the new stat squish that resulted in plenty of balance issues (overpowered bosses and mobs, dramatically different DPS output, and poor level scaling).[1] 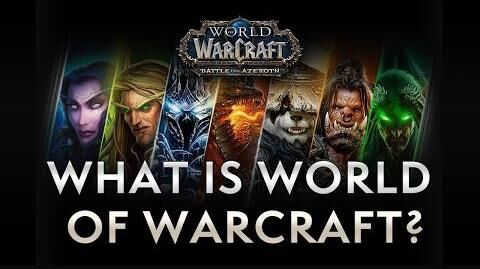 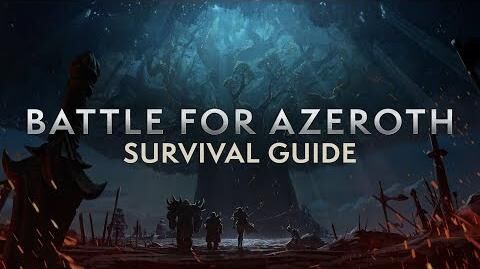 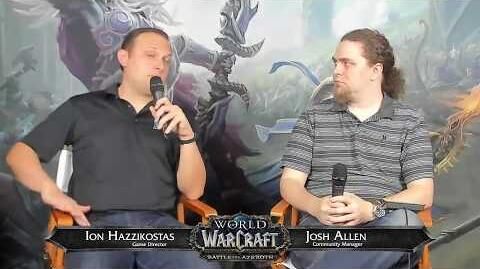 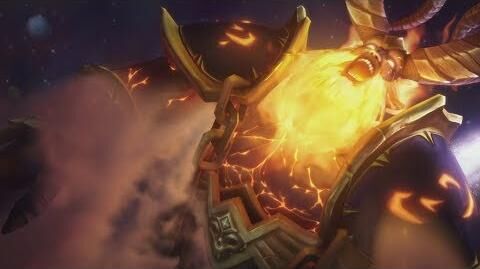 The Story of Legion, Catch up for going into Battle for Azeroth Lore
Jul 28, 2018 by

USGAMER WoW Director Says Patch 8.0 Was "Not The Experience We Wanted To Deliver" by Mike Williams, 07/19/2018

MMORPG.com It's a Whole New World Once the War of Thorns Begins on Tuesday By Suzie Ford on July 16, 2018
Community content is available under CC-BY-SA unless otherwise noted.
... more about "Patch 8.0.1prepatch"
RDF feed
Patch date
July 17, 2018 +
Advertisement