This article is about the 10 and 25-man versions of Patchwerk introduced with Wrath of the Lich King. For the original 40-man raid boss, introduced in Patch 1.11,, see Patchwerk (original).

Patchwerk is the first boss of the Construct Quarter in Naxxramas. He is typically seen as a gear check, and is a prime example of a tank and spank fight.

Patchwerk's abilities are the same for both 10-player and 25-player raids, but his health and damage are scaled accordingly. These two scaled values will be shown together below, separated by a slash.

A rapid and powerful melee strike on a single target/two targets for 20,000-27,000/~80,000 physical damage. Cast every second. Hateful Strike also adds threat to the three players who have the highest threat. The target of Hateful Strike is determined by three requirements:

When Patchwerk's health reaches 5%, he will gain 25% increased damage and 40% increased melee haste. This buff also applies to the damage caused by Hateful Strike.

After 6 minutes of combat, Patchwerk will enrage. His damage is increased by 500%, his attack and movement speed is increased by 150%, and he becomes immune to taunt effects. While enraged, Patchwerk will also cast Slime Bolts at all raid members. These hit for ~9,000 Nature damage, followed by ~6,000 damage every 3 seconds for 6 seconds.

Defeating Patchwerk depends on sustaining heavy DPS and managing Hateful Strikes. Without sufficient damage, Patchwerk's enrage will eventually destroy the raid. Without dealing with Hatefuls, Patchwerk will rapidly kill the raid's melee; losing these members will likely put the rest of the raid in an impossible situation. However, dealing with these two concerns will make Patchwerk an easy fight.

Off-tanks are the safest approach to Patchwerk's Hateful Strikes. These tanks will have enough health and generate enough threat to shield the less armored melee from Patchwerk's attack. Since Hateful Strikes are physical damage, the off-tanks' avoidance and armor will reduce the actual damage taken. This also simplifies the task of healers, as Hateful Strike targets will be very predictable. Note that in 25 player mode, two off-tanks will be needed to fully protect the melee members.

If necessary or convenient, raids may substitute a DPS member in place of a dedicated off-tank. If low DPS is a problem, this compromise of security for damage may be prudent.

Assuming you have 2 tanks, it is advised to let your "best" tank (the one with most health and armor — dodge is useful) be the Hateful tank, and have your lesser geared tank take Patchwerk's normal hits.

Patchwerk's will enrage after six minutes of combat. This enrage is not survivable, so raid DPS must be sufficient to kill Patchwerk before six minutes is up.

For 10 player, the total raid DPS must be at least:

, which requires each DPS to be at least:

For 25 player, the total raid DPS must be at least:

, which requires each DPS to be at least:

In summary, ~2,000 DPS per DPS is necessary to defeat Patchwerk. These requirements will be slightly lower in practice since tanks will contribute DPS as well.

Patchwerk is linked to the other enemies in his hallway, so these enemies will need to be cleared before Patchwerk is engaged. Once the room is clear, Patchwerk may be pulled.

Frenzy is a brief, but significant, increase of Patchwerk's damage. A raid with the minimum DPS necessary to kill Patchwerk will endure Frenzy for about 18 seconds. Emergency cooldowns, such as Shield Wall or Survival Instincts, should be used to offset this buff. These cooldowns should cover the almost all of Frenzy, but if the raid has dead or OOM members, healers must be ready to offset this damage for a longer period.

His name comes from the term "patchwork"; as an abomination, he is a disgusting amalgamation of flesh, bones, meat, metal, and threads. It may also refer to Kraftwerk, a German minimalist techno group, just as Ramstein refers to the similarly named German band.

The Avatar of War refers to the Everquest boss of the same name. The boss had a similar ability to Hateful Strike in that it would unleash massive damage to the tank which would have to be healed through. It was widely believed at the time that no player could possibly tank that.

Commander Eligor Dawnbringer: "Behold, Patchwerk. When word of his existence first reached the ears of the Brotherhood, none believed the tales of an abomination with such immense speed and strength. Fewer still believed it when he fell the first time..."

Note: All Ebon Hold quotes are voiced too... 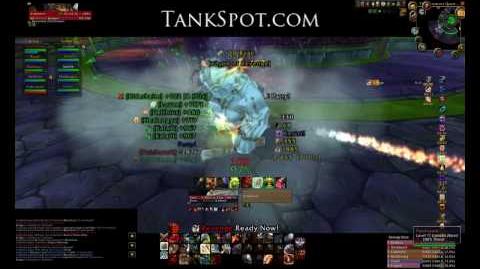 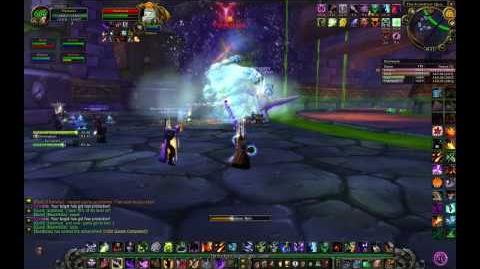 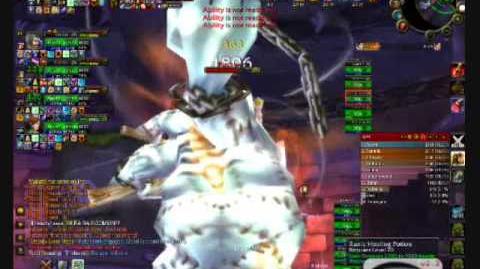 Warfront Warlock POV on Patchwerk by War Front, Frostmane US

RaidStrats Patchwerk Strategy Guide for both Normal and Heroic difficulty