In World of Warcraft, Player vs. Player (commonly abbreviated PvP) denotes combat between players of any kind such as:

Aspects of PvP can be managed in the PvP window.

Killing players of an opposing faction that is the same level, a higher level, or up to eight levels lower will gain a player [Honor points]. Killing players of too low-level will result in zero honor and is usually considered a form of poor sportsmanship.

As of Patch 2.0.1, players could use [Honor points] with Battleground Marks of Honor to purchase items in Stormwind City's Champions' Hall or Orgrimmar's Hall of Legends. The available items ranged from consumables, to gems and trinkets, and to superior and epic armor and weapons.

Also, as of Patch 2.4, players could turn in one Mark of Honor from each battleground (4 total;

at level 80). These quests are repeatable.

As of Patch 3.3.3, battleground marks are no longer obtained from completing battlegrounds, instead the amount of honor gained was increased and one could trade in their old marks for 185 honor each.

Cataclysm expansion was released. They could also be earned via Rated battlegrounds, as well as winning random battlegrounds.

The subject of this section has been removed from World of Warcraft. Removed with

There are three categories of Arena teams: 2v2, 3v3, and 5v5. Any player can be a member of one or more Arena teams, but only one of each type. For example, you cannot be a member of more than one 2v2 Arena team at any one given time but you may leave your current Arena Team using the /teamquit {2v2, 3v3, 5v5} command before joining a new team.

You needed to play at least 30% of the total arena matches your team participated in for the week to be eligible for being awarded Arena Points at the end of the week. For example, if you played three games but your team played a total of 11 games for the week, you would not receive any Arena Points after the weekly update. Only the highest Arena Points from your 2v2, 3v3, or 5v5 teams would be awarded to you each week. So if you were getting more points from your 3v3 team based on its Arena Team rating, you would receive Arena Points based on your 3v3 team and none from your 2v2 nor 5v5 teams.

Arena matches did not award Honor Points nor PvP tokens of any type.

Killing players in some specific locations in Outland can also give the player PvP tokens such as [Mark of Honor Hold], [Mark of Thrallmar] and [Halaa Battle Token]. These work similar to Battleground Marks of Honor but can be redeemed only at PVP vendors of the faction the token is specific to. For example, only PVP vendors associated with Honor Hold sell PVP items for Marks of Honor Hold.

Generally, PvP tokens offer items which are aimed at players who are below level 70.

This section concerns content that is potentially inaccurate. Reason: Need to check for new NPCs.

Prior to release Patch 2.0, players needed to attain a PvP rank or reach a certain reputation with a PvP faction to be able to purchase items from a PvP vendor with gold. Generally, it took much time and effort to obtain the rank and reputation need to purchase the best epic items available and few players were able put forth the massive effort.

After Patch 2.0, this system was replaced with a token system whereby players accumulate Marks of Honor, PvP tokens, and Honor Points to use as currency to buy PvP items from various PvP vendors. Technically these purchasable items are no longer PvP Rewards, per se.

PvP items can be purchased from:

They can also be purchased from PvP vendors in Zangarmarsh, Hillsbrad Foothills, Ashenvale, Arathi Highlands, and in Halaa of Nagrand.

Pros and Cons of PvP realms

Guards were weakened and have an increased re-spawn timer on PvP realms to encourage more world PvP.[1]

Although players cannot fly while flagged as "in combat", the ability to fly has always proven to be an easy getaway to avoid PvP for higher level players. Also, because flying players cannot be attacked easily in most cases, it provides an unfair scouting advantage for the ground-bound.

PvP changes for flying in Mists of Pandaria

In the plan for

Mists of Pandaria was the addition of an item usable by players on the ground to dismount a flying PvP flagged enemy player (within a reasonable range).[2] This item, the

[Hardened Shell], has a low chance of dropping off

Nessos the Oracle in Kun-Lai Summit; later it was also added to the drop table of two mobs on the Timeless Isle: 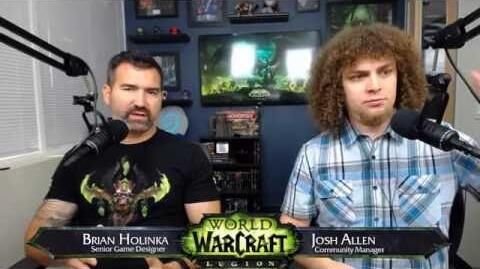 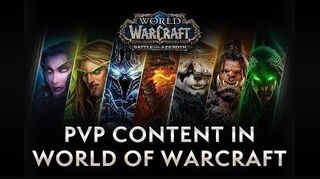 WoW Insider Keys to PvP: How to heal with keybinds, clicking and movement by Olivia Grace Jun 7th 2012 at 1:00PM

WoW Insider Keys to PvP: Keybinding, movement and clicking by Olivia Grace May 22nd 2012 at 7:00PM

WoW Insider Focus and Macros: The key skills you need for PvP by Olivia Grace May 9th 2012 at 1:10PM

WowPvPBuilds.com PvP Builds For All Classes and Trees