Most Qiraji battle tank mounts are rare drops in the Temple of Ahn'Qiraj. They come in several colors: blue, red, green, and yellow and can only be used inside the instance. These mounts require Apprentice riding skill (75). 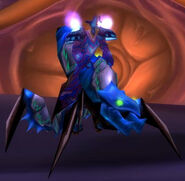 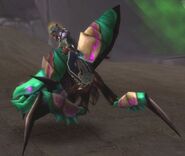 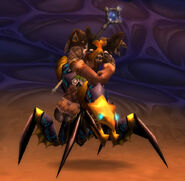 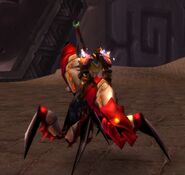 The red battle tank is considerably rarer than the other three varieties, and awards a Feat of Strength.

There is also a [Black Qiraji Battle Tank], which can only be obtained during the War of the Shifting Sands. It requires Journeyman riding skill (150). It is usable outside the instances, thus rare sightings of these mounts outside Ahn'Qiraj are possible. 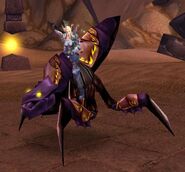