This article is about the in-game raid boss. For character biography and Warcraft III appearances, see Rage Winterchill.

Rage Winterchill is the first boss of the Caverns of Time raid, Battle of Mount Hyjal. The fight is a DPS race.

Look at the MH Boss Tips for general tips. Only one tank is needed. If available raid members should equip a PvP trinket, no other special gear or buffs required. Most NPC die rather quickly from Death and Decay, so it's safer not to risk Jaina (if she dies the event is reset).

This is probably Rage Winterchills most dangerous ability, Ice Bolt victims die quickly (usually within 2-3 seconds) from the DoT. It cannot be dispelled, but it can be removed by using a PvP trinket, a Paladin's bubble, a hunter's The Beast Within or a mages Blink.

Healing through the Ice Bolt damage is possible, but needs very quick reactions and/or coordination. One priest and one other healer can be put on "Ice Bolt duty". The priest uses Power Word: Shield (which buys 1-2 seconds), while the other healer casts a normal heal.

Since this is stationary on the ground, the only difficulty is to take notice of it. Turn up spell details (in the graphics settings of the game configuration) to maximum - it's a rather faint red pattern on the ground. Everybody needs to move out of it quickly.

Upon killing a player

In World of Warcraft Rage Winterchill loses his unique coloring and has the same white boned Lich Model. 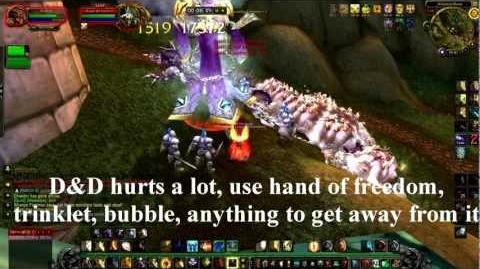 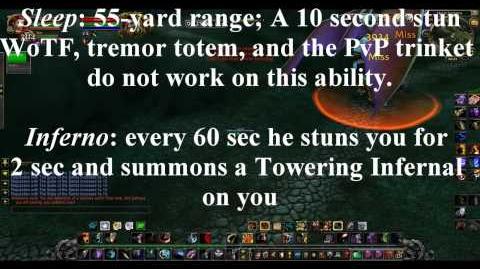