Ravenholdt is a guild of thieves and assassins which welcomes only those of extraordinary prowess into its fold. They are diametrically opposed to the Syndicate and are a rogue-only faction as all quests are rogue-only quests. The exception is the quest Junkboxes Needed, which is available to non-rogues, but they would require the help of a rogue to get the items for the quest. Their headquarters, Ravenholdt Manor, is located in Alterac Mountains, but to get there you have to come from the northeast corner of Hillsbrad Foothills. To find Ravenholdt Manor, first start at Durnholde Keep and go directly north. Then wander to the left until you find a random grave.

Continue going forward through the small V in the rocks and the path will be on the right, just before the rise slopes back down. (The coordinates are

Ravenholdt is relatively unused now, but Blizzard has indicated that they would like to revisit it in the future.[1] For now, the Manor mostly just serves as a low-level introduction to the Detect Traps ability and little else.

During the World of Warcraft Beta, Garona Halforcen could be found here. She was removed however.

As of patch 2.3.0, additional Syndicate mobs give reputation.[2]

Insane in the Membrane

As of patch 3.1.0, becoming exalted is one of the requirements of the

[Insane in the Membrane] Feat of Strength.

There is a section dedicated to reaching exalted with Ravenholdt. It is recommended that you read this guide (in addition to this page) if you are serious about attempting to get "the Insane" title.

You may also want to read the WoWWiki guide on Farming Heavy Junkboxes.

As of Patch 2.3, killing NPCs affiliated with the Syndicate gives you Ravenholdt reputation. This was mainly put in the game incase someone killed a Ravenholdt NPC and became unfriendly with them, having no way of gaining reputation back. You can get up to 11999/12000 Honored by killing the NPCs, although to get to Revered and Exalted you need to complete the Junkbox turn-ins.

To raise your reputation beyond revered, the only choice is the repeatable quest Junkboxes Needed. There is no known faction reward for obtaining friendly, honored, or revered, except that the guards speak to you more nicely.

For reference, here is how many of each item you would have to turn in to reach each faction level:

If you open the chest, Neutral Giver of the Beatings appears. He is Hostile. After you kill him, and talk to Fahrad, Fahrad asks, "Have you met Milton?" if you haven't properly approached the chest before talking to Fahrad. (And that is if you even have something to do with the chest, because if you do not use the ability and get to Fahrad, he asks you anyway.)

Now the long dry spell with Ravenholdt begins. The various assassins guarding the manor will tell you to talk to Winstone but, until you reach level 50, there are no other quests you can do to gain Ravenholdt reputation.

There is no physical reward for improving Ravenholdt reputation, such as gear or access to new quests. However, after improving a character's standing within the faction, the guards and assassins around Ravenholdt Manor will behave differently towards the player, from hinting they wish to stab the player with a knife to eventually rejoicing at the player's presence.

A straightforward reading of the quest text for The Manor, Ravenholdt would imply that the name of the organization headquartered at Ravenholdt Manor is "The Assassin's League". The faction reputation is referred to as "Ravenholdt" reputation much as reputation for many factions refers to the geographic or political center of the faction rather than the proper name of the faction (e.g. "Orgrimmar" or "Darnassus" rep), or for that matter, common figures of speech (e.g. "What Washington knows" vs. "What officials working for the US government know").

Despite this, it has been speculated that The Assassin's League may be the name of a suborganization within Ravenholdt rather than the proper name of the organization. However, no citation for such speculation is known to exist. 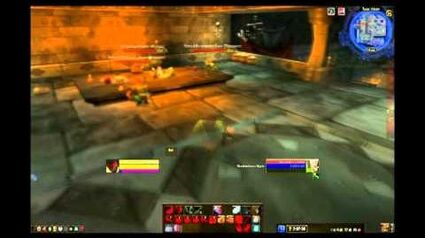